Get to know Garrett Millsap 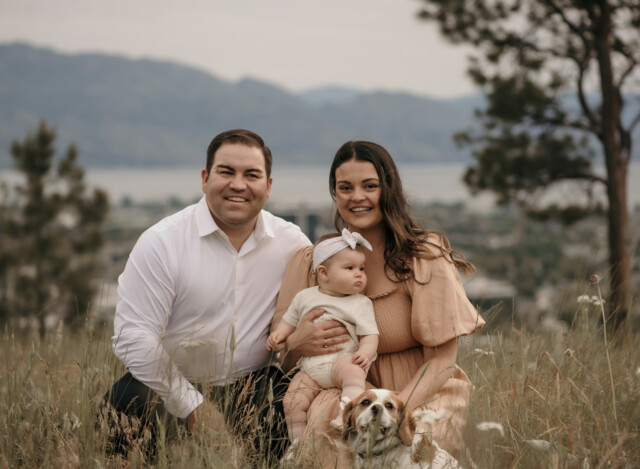 Having been born and raised in the Okanagan, I have seen many changes to our communities. I believe I am at a point in my life that it is time for me to step up and represent the young families of West Kelowna. As our city continues to see rapid growth, I want to ensure that the City of West Kelowna remains the best place to live, work and play. I believe that my entrepreneurial experience (Rad Relish), education (Business Degree UBCO), and my community involvement (Kelowna Metis Association) will serve me well if I am elected to city council. I also will pledge to utilize our best assets, our residents & taxpayers, to come up with better solutions to the current issues facing our community, taking a common sense approach to problem solving.

As city councillors we need to be the eyes and ears of the city and that ultimately means listening and collaborating with all of the stakeholders in our community. I have been a team player my whole life and this will not change if I am elected to the city council of West Kelowna.

The number one issue facing our city is affordability. I hear more than ever from families that it is getting harder and harder to stretch a dollar. Home ownership has come to the point of no longer being attainable for the working class family. With the limited power we have at city hall we need to utilize collaboration between all levels of government and developers to come up with a solution that actually works. I personally would like the city to take an approach of charging development cost charges based upon square footage rather than by unit.

We also need to streamline and optimize organizational efficiency to get housing units approved in a timely manner; as any developer will tell you "time is money these days." This is a task that can't be tackled by the City of West Kelowna alone; it will take all levels working together to achieve this goal.

It could be decades before a second bridge is built across Okanagan Lake. How do you deal with West Kelowna's transportation bottleneck in the meantime?

Having been born at KGH in 1984, the Okanagan Lake Floating Bridge has been a constant issue my entire life. Everyone knew when they built the new bridge with 5 lanes that it wasn't big enough to begin with, and I believe the biggest issue we have today is all of the traffic lights on the Kelowna side of the bridge. We need to work in collaboration with the Ministry of Highways and the City of Kelowna to start removing lights. It doesn't make sense to have lights every 200 feet other than for emergency vehicles and transit buses, when Kelowna closes Bernard avenue during our busiest months of the year.

On the West Kelowna side of the bridge, we urgently need the Province to come back to the table to build overpasses at Boucherie and Hudson Roads so our community can access West Kelowna without having to use the dangerous Highway 97 corridor. We also need to attract more business to the city and create a thriving economy so people who live in West Kelowna can actually work in West Kelowna, saving them two trips across the lake daily.

Do you think West Kelowna is growing too fast?

No, but I personally feel that it is critical that infrastructure takes a front seat before it's so far behind that we never catch up. I would like to see components of growth complimented by meaningful, well-thought-out plans for neighbourhoods to have community centres that allow us to be less dependent on our vehicles for basic, everyday needs. One area of growth our city is lacking in is arts and culture and this needs to be addressed.

How would you make West Kelowna more affordable?

Further to my answer above we need to attract smart & sustainable development to West Kelowna. We need to work with developers and all levels of governments to make it easier to build housing for residents in our community. We could potentially allow reduction of development cost charges and building permit costs to attract development in our city center which needs to see a fresh new look.

Another way I would like to make West Kelowna more affordable and desirable for families is by offering recreational, arts and cultural activities at little to no cost. If we plan to end the cycle of homelessness and drug addiction it starts by providing children and youth opportunities to get involved in educational extracurricular activities. Imagine our soccer dome, arena, museum, library, and Johnson Bentley pool were actually being used at 100% capacity! Another area I would like to see research done is on water costs. I believe the average family is paying over $100 per month for water. This is a cost that needs to be investigated.

$1 million would be a beneficial windfall for the City of West Kelowna. Instead of saying it's not enough, I would empower the residents of West Kelowna to come up collectively for the best way for this money to be used. I would invite any and all West Kelowna nonprofits, societies, and community-led initiatives to come and pitch their causes to the council, just like Dragons Den. After hearing all of these worthy causes, our Mayor, Council, City staff and other community leaders would decide how the $1 million could be distributed to make the most effective and meaningful impact on our city.