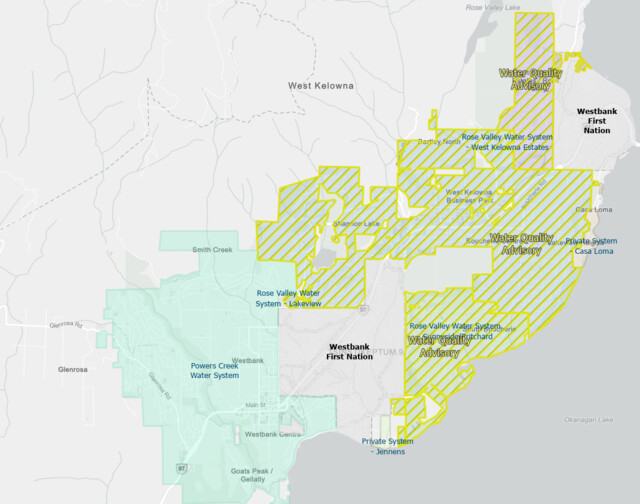 The City of West Kelowna has downgraded a boil water notice for the Sunnyside/Pritchard water service area to a water quality advisory.

Water quality advisories also remain in place for the Rose Valley – Lakeview and West Kelowna Estates Systems due to turbidity and related flushing of the distribution network.

Under a water quality advisory, children, the elderly and those with weakened immunity must use water brought to a rolling boil for one minute or more, or seek an alternative safe source, for brushing teeth, drinking, making baby formula and ice, preparing food and beverages and washing fruits and vegetables.