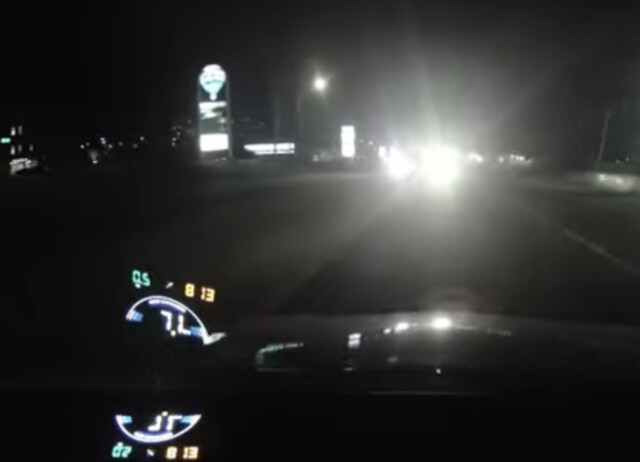 Jolie Charette says she was leaving work at the West Kelowna Superstore late on Sept. 22 and was travelling down Highway 97, when she "realized that there were some really bright lights, like headlights, coming right at me."

The incident happened near the Butt Road intersection.

"The car was driving straight towards me, I had to swerve out of the way. Luckily there was a cop car following after."

Charette says she didn't notice the police lights until after she had to swerve to avoid the oncoming vehicle.

"We don't know what it was. We did report the incident to police. But what was going on? We're wondering, maybe the car was running away from the police?"

Castanet reached out RCMP for more details on the incident.