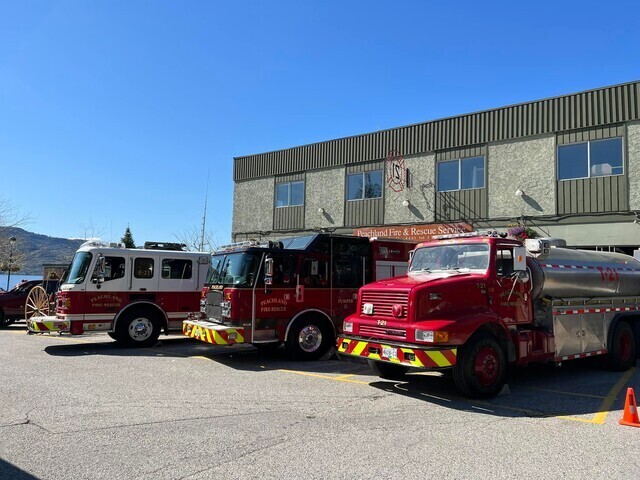 The public gets two more chances to learn about the proposed new Peachland Protective Services Building ahead of a referendum to approve funding for the project.

Residents will be asked to vote on if they support the borrowing of $17.5 million for the project.

The referendum question “Are you in favour of the Corporation of the District of Peachland adopting the Protective Services Building Loan Authorization Bylaw No. 2364, 2022, to authorize the borrowing of up to Seventeen Million, Five Hundred Thousand Dollars ($17,500,000), over a thirty (30) year term, to fund the construction of a new Protective Services Building to accommodate the Fire Department?” will be on the ballot during the October 15 civic election.

This Saturday, September 24, there will be a community breakfast and open house from 10 a.m. to 2 p.m. at the current firehall (4401 3rd St.). People will be able to ask questions and learn more about the project.

“Our goal at the end of this is for people when they go to vote on the election day, whether in the advance voting or during the regular election day on October 15, that they’re voting informed. That they’re voting with all the information to make the right decision for them” said Peachland Fire & Rescue Chief Dennis Craig.

The Firehall Master Plan, completed in 2021 indicated that Peachland Fire & Rescue Service faces several infrastructure challenges at the ageing facility they are currently in. The building is too small to accommodate all the vehicles and equipment and is too old to renovate to meet the needs of the growing community.

Access is also an issue. The proposed new site is at the corner of 13th Street and Highway 97.

“Our current building is downtown Peachland, along a 30 km/hr stretch. So all our members have to drive and abide by the rules of the road, speed limits and everything to get to the firehall."

“This new site is right at the corner of the highway and 13th Street. So basically members will come right off the highway, right into the building and avoid the whole downtown area,” explains Craig.

The final chance for input and feedback prior to the referendum will be a town hall-style meeting on October 4.