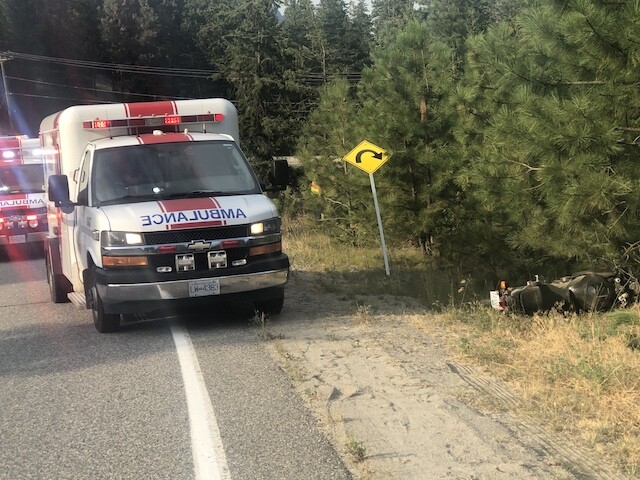 A single-vehicle motorcycle accident has closed down Horizon Drive in West Kelowna.

Castanet started receiving news tips around 6:00 p.m. saying that a man riding a motorcycle at a high speed had lost control and crashed, potentially hitting a tree and falling down an embankment on the hillside.

According to an onlooker near the crash, EMS was on the scene working hard to get to the man to safety.

A witness told Castanet the motorcycle was travelling at a speed that was unsafe to the driver and other people on the road.

It is unclear at this time if the man survived the accident.