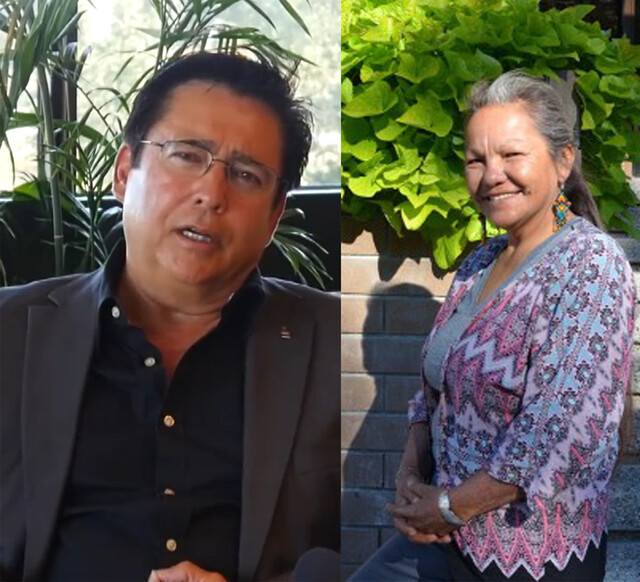 Photo: Contributed
Robert Louie (l) and Roxanne Lindley are both vying for chief of WFN

Westbank First Nation members will choose between two former chiefs when they go to the polls next month to elect a new band council.

Louie spent 24 years at the head of the WFN government.

Ironically, it was Lindley who unseated Louie by 34 votes in the 2016 runoff.

While the final list of candidates lists just Lindley and Louie running for chief, the list of those seeking one of four council seats includes 17 names.

The list of those running for a seat around the council table include three of the four incumbents, Andrea Alexander, Fernanda Alexander and Jordan Coble.

Lorrie Hogaboam is the only current councillor not seeking re-election.

Raf De Guevara is also on the ballot. De Guevara, then the manager of Inter-Governmental Affairs/Title & Rights for the band and one other employee were cited as allegedly selling and transferring band lands within the District of Peachland without authorization.