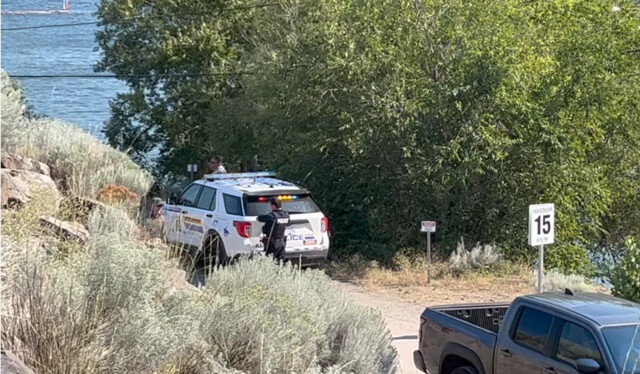 The victim in last week's alleged murder near the William R. Bennett bridge is believed to have been killed by a vehicle.

On the afternoon of July 29, a body was discovered in Okanagan Lake near the Shelter Bay Marina, on the West Kelowna side of the bridge. At the time, police said the death may have involved criminal activity, and on Aug. 1, Wyne Zablan, 25, was charged with first-degree murder.

During a press conference Wednesday, Supt. Kara Triance said a vehicle was used to commit in the alleged killing, but she didn't provide any further details.

“Our investigators have worked around the clock and have seized the perishable evidence in this matter and continue to bring disclosure to the courts,” she said.

A death caused by a vehicle can result in a criminal charge ranging from careless driving causing death to manslaughter, if it wasn't intentional. A charge of first-degree murder implies Friday's alleged homicide was both planned and deliberate.

According to online court records, Zablan has no prior charges in B.C.

Police were initially unable to identify the victim, and investigators asked the public for help in identifying the 20-40-year-old man of “Asian ethnicity.”

Court documents show police had not yet identified the victim when the murder charge was first laid on Aug. 1, with the charge alleging Zablan "did commit the first-degree murder of a person unknown.” But when the Kelowna RCMP announced the charge the following day, they said the victim had been identified, and that he knew Zablan.

Police have yet to disclose the identity of the victim to the public though.

Zablan remains in custody, and he's scheduled to next appear in Kelowna court on Aug. 29.