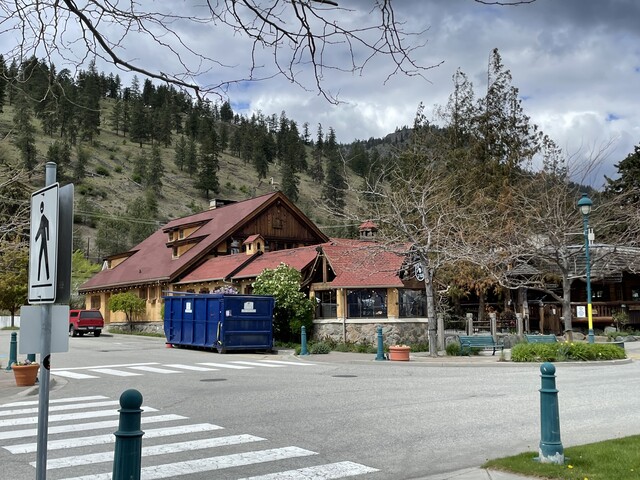 The good news is the Gasthaus on the Lake in Peachland will be reopening.

The bad news is it likely won’t happen until the middle of the summer.

The restaurant was hit by a flood from its sprinkler system during the cold snap in the Central Okanagan back on December 27, 2021.

“After the initial flood, what was discovered afterwards was the old log cabin—because it was built, we believe, around 1947-1950–it contained asbestos,'' said manager Andrew Neville

"So the whole insulation in the log cabin was asbestos. And when the ceiling came down, the insulation came down and it spread it throughout the entire main floor and the entire basement.”

An asbestos abatement team had to be called in and they have been working in the building until late April.

Neville said the staff was given the all-clear to go inside on April 22, and repairs and renovations have just started.

Peachland Mayor Cindy Fortin posted an update on the Peachland News and Events Facebook page Wednesday after Andrew gave her a tour inside.

“The day we got the green light we had a demolition crew in. It’s pretty much down to…the kitchen area that was the most damaged area. So, it’s basically down to studs there.”

He notes they will have to pull up all the flooring and subfloor and replace the drywall.

Unfortunately, the flood also damaged the original hardwood floors in the dining room beyond repair. “But, you know, good news is we’ve got the trades in now doing electrical and the drywaller’s here,” Neville is cautiously optimistic the Gasthaus can be ready to reopen by late June.

“Total Restoration is doing it and they have been amazing,” he said.

The restoration crews have had to clean and pack away all the fixtures, decorations and knick-knacks that used to adorn just about every surface in the restaurant.

Neville said they have managed to hold onto the core staff from the kitchen but had to let others move on to new jobs.

He adds one of the hardest parts has been having to say goodbye to people who felt like family.

Neville says everyone in the community has been so supportive. He gets emails every day from neighbours and customers wondering when the Gasthaus will be back in business.

He says until the asbestos remediation wrapped up they didn’t know how long it would take, but now there’s an end in sight.

“It’s been tough for everybody, but hopefully a year from now it’s just a memory.” 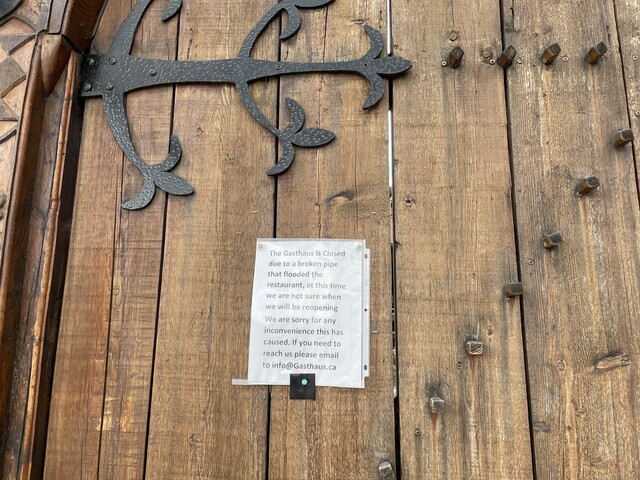 Photo: Cindy White
A sign on the gate of the Gasthaus advises customers the restaurant will be closed after a burst pipe caused a flood in December, 2021.