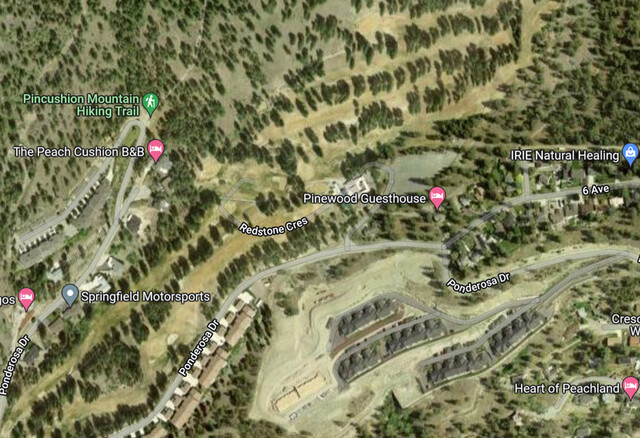 Criminal and civil investigations into why two Westbank First Nation employees were able to purportedly sell nearly 60 hectares of band-owned land in the hills above Peachland are presently underway.

The investigations, including a file opened with the Kelowna RCMP, are occurring at the same time the band is looking into gaps within its own government.

WFN Chief Chris Derickson, in an interview with Castanet News, says those employees, including Raf De Guevara, manager of Inter-Governmental Affairs/Title & Rights, did not have the expressed authority to make the sale.

"This is a purported sale," said Derickson.

"Our own internal process was not followed, constitutional requirements were not followed, so we are hoping we can, through negotiations or actions of the courts get the sale reversed and get the land back."

Derickson also admitted the sale exposed glaring issues within the band's governance, ones he says they are addressing and taking very seriously.

The issues were laid out as part of a lengthy 73-page report by Hon. Marion Buller on events surrounding the purported sale.

He says council has accepted all of the recommendations included within the report concerning changes needed to ensure transparency within its own governance.

"In this case, there's some glaring gaps in our governance structure to allow this unfortunate purported sale to occur. We are still a young government, we've only been self-governing for 17 years, and there's always going to be things we need to address along the way.

"Unfortunately you don't expect something like this to occur, but these types of things do happen in all sorts of governance and organizations, unfortunately."

Derickson tells Castanet he was aware of some issues when he was elected chief. He says he was aware there were structural deficits, and he has been working to reduce those through his first term.

"There are challenges in the government we need to fix that I was aware of. Did I think this would happen as a result of that - never in a million years."

One of the changes Derickson says the band immediately implemented from the Buller report was to begin recording council meetings in its entirety and using that as the official record so members can see entire meetings.

"There are always going to be ways for government to be more accountable, more transparent, and I think this is an opportunity for our government to begin reformation, and to make the changes to create a better government for our membership and the 10,000 non-member residents and 500 businesses on our lands. They also deserve an open and transparent government."

In terms of the investigations underway, Derickson won't speak specifically to those being undertaken by the RCMP or what types of charges they may be looking at.

As far as the civil investigation, he hopes to have some preliminary findings within about six weeks.

The property in question was at one time part of a redevelopment of the former Ponderosa Golf Course as well as a large housing development led by former professional golfer Greg Norman.

WFN had partnered with several companies including Treegroup Development Corp. for the proposed Ponderosa development in Peachland, but the project never came “to fruition as Treegroup was not able to carry out its responsibilities under the project.”

Treegroup’s president was Norman Porter, who Westbank claims is the defendant numbered company’s director and a business partner of the First Nation’s manager of inter-governmental affairs, Raf De Guevera. In 2019, the Westbank Band Council passed a resolution to explore a possible sale of the 152-acre property, which was assessed at $5.3 million in 2021, and $6.97 million in 2022. However, the council never passed a resolution to approve the sale of the lands.

In March 2021, Westbank claims, Guevara transferred and conveyed title to the lands to the numbered company without approval from the Band Council for $1.5 million.

“Prior to, and at the time of the Purported Transfer, Guevara was a business partner of Norman Porter or had an interest in the Defendant, or both,” the claim states. “Westbank pleads that the Defendant and Guevara fraudulently colluded with each other to deprive Westbank of the full benefit of the Lands.”

Westbank claims both Guevara and the numbered company knew that the $1.5 million purchase price was “grossly below the actual value of the lands.”

“Guevara and the Defendant did not disclose their business partnership nor Guevara’s relationship to the Defendant,” the claims states, adding that the connections “placed Guevara in direct conflict with Westbank.”

Moreover, the First Nation claims the defendant knew or should have known the land deal was “unconscionable” since it required a Band Council resolution authorizing the sale.

“The Plaintiff is ready, willing, and able to return the monies paid by the Defendant under the Purported Agreement back to the Defendant,” the claim states.

Westbank seeks to rescind the purported agreement to transfer the lands and damages for misrepresentation. The allegations have not been tested or proven in court and the numbered company defendant had not responded to the lawsuit by publication.

with files from Business in Vancouver