Bear Smart on the Westside 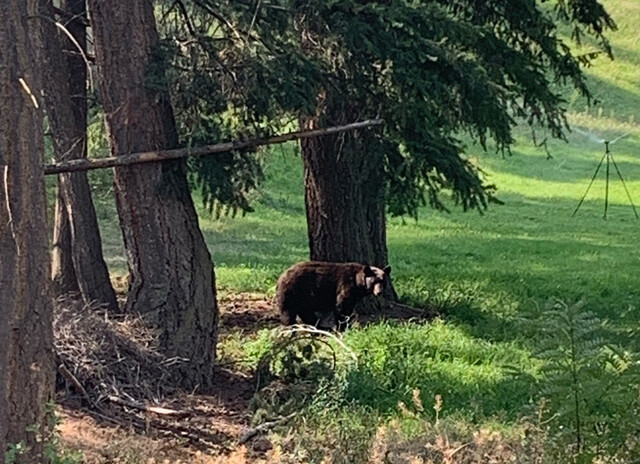 The City of West Kelowna will undertake a bear hazard assessment.

The $15,000 assessment is the first step toward becoming part of the Bear Smart Community Program through WildSafeBC.

The bear hazard assessment will evaluate the community to identify attractants, the history of human conflicts, and areas where this can be improved.

Coun. Doug Findlater says the one aspect of the program he opposes is more bylaws, believing education and awareness is the better route to go.

He said people don't need bylaw officers running around telling them when and where to put out their garbage.

Representatives from WildSafeBC have been asked to address council in the spring.

The number of conflicts between bears and humans have been on the rise in recent years in West Kelowna, prompting the move by council.

It would also bring the city in line with neighbouring Westbank First Nation which have also initiated the Bear Smart Community Program.

"One of our number one challenges is our number of bear contacts," said city CAO Paul Gipps.

Last year was one of the worst years for bear sightings in the West Kelowna/WFN area according to WildSafeBC.