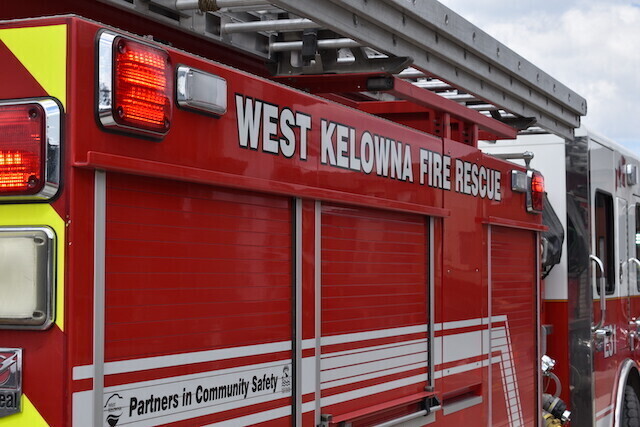 A garage fire Sunday morning has left significant smoke damage to a home in West Kelowna.

Just before 11 a.m. on January 9, West Kelowna Fire Rescue responded to reports of a vehicle on fire with extensions to a structure at 3400 Blk of Rosedale Place.

First arriving crews say they found a two-story home with a working fire in the garage.

Crews were able to quickly extinguish the fire and confine it to the garage area.

Fire crews say there were two people inside and one incurred minor burns and smoke inhalation.

The fire is not suspicious in nature.