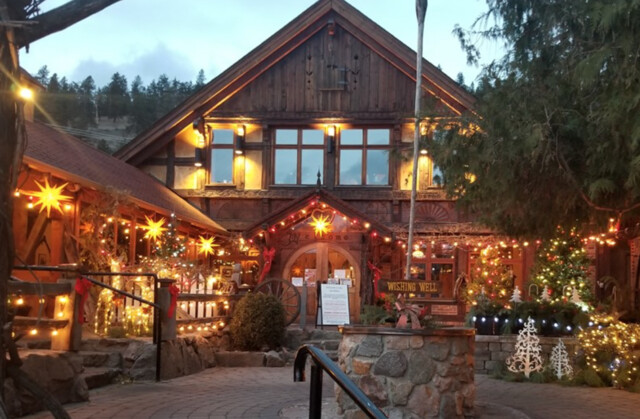 The manager of Peachland restaurant Gasthaus on the Lake says the business will be closed for “some time” as a burst pipe caused significant water damage to the building.

Andrew Neville told Castanet the cold snap caused a fire suppression sprinkler pipe to freeze, then burst in an attic above the kitchen in the early morning hours of Dec. 27.

“The alarm panel went off, sent the signals out and God bless the Peachland Fire Department — because it's a volunteer fire department, so it's not staffed — they got there as quick as they could and they gained entry and they shut it off,” Neville said.

Neville said his assistant manager, who arrived at the restaurant before he did, found the kitchen ceiling had come down under the weight of the water, there were two inches of water in both dining rooms, and the basement had between six and eight inches of water covering the floor.

“I just had a pit in my stomach,” Neville said.

“When I got there, I just walked in and it was like, disbelief. I walked around and couldn’t comprehend what just happened.”

Neville said the event will have a big impact on the business, but his biggest concern is for his staff.

“The most important thing is the well being and livelihoods of our staff,” Neville said.

“We will be disappointing customers and that, but it's the staff that really matters. Because they've all been struggling for the last 18 months with everything that's been going on, and it's just another setback for them.”

Neville said the restoration company working at Gasthaus has been “absolutely fabulous,” on scene by 3:30 a.m. starting cleanup.

He said they are still assessing the damages, and at this point, don’t know exactly how long the business will be closed. According to Neville, with such widespread flooding damage sustained by other communities in the province, some trades aren’t readily available.

“The next couple of days we'll have a clearer picture, but I believe it will be a minimum of three to four weeks,” he said.

Neville said the assistant manager was calling people in their reservation book to let them know what happened, and found there were customers experiencing the same thing in their own homes as a result of the cold snap.

He said their sprinkler company said staff had also been out on frequent calls for the same issue, leading him to believe there is a trend.

“It’s just something that has been happening,” he said.

Neville said overall, customers have been understanding, passing on their well wishes.

“I’m fairly certain that we’ll be fine in the end, it’s just going to be tough in the short term, I think,” Neville said.