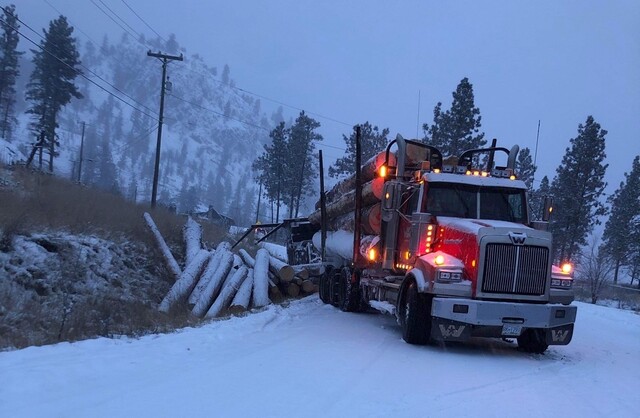 Westside Rd. has now re-opened after being closed for much of Monday morning after a logging truck lost part of its load near Bear Creek Campground.

Wet heavy snow made for tricky driving conditions across much of the Okanagan Monday morning after Environment Canada predicted as much as 10 cm of snow would fall in the region.

One woman who was trying to get through the stretch of road just after 8 a.m. tells Castanet she had to turn around because the road would be closed for several hours, "they expect it to be blocked at least until noon."

Westside Rd. is now closed due to a multiple-vehicle collision between Bear Creek and Traders Cove. The road is closed in both directions after a logging truck left the road and half of its load flipped over with at least one car colliding with the overturned flat bed.

One eyewitness tells Castanet, "the road is worse than an ice rink. Police and firefighters on scene. Very dangerous situation." 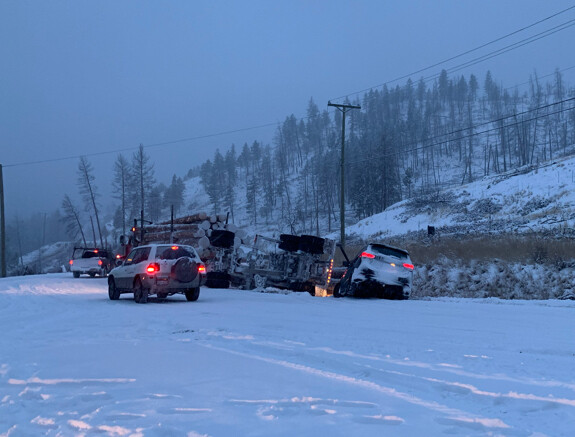