Movie filmed in Peachland to debut on CityTV this week 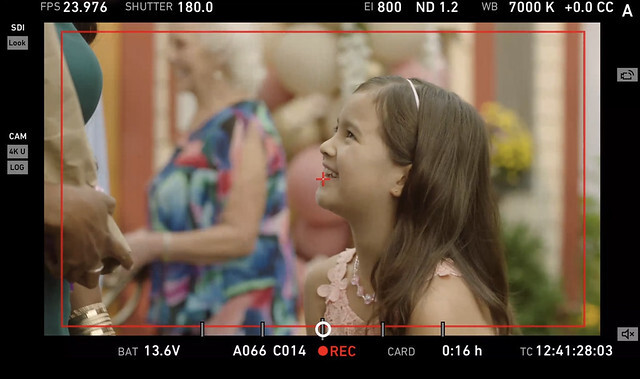 Photo: Before & After Media
Haven Gin on set of Love, Bubbles & Crystal Cove

Peachland is set to show off its picturesque landscape on the small screen, as the CityTV network broadcasts Love, Bubbles, and Crystal Cove this Friday evening at 8 p.m.

The romance movie of the week features Kelowna actor Matt Brown and the debut of nine-year-old Haven Gin of Penticton. Brown began on-stage acting at the age of five, and Gin began her acting career when she was eight after being scouted by Brenda Connell of Book It Talent.

“This was her first audition and she booked it! said her mother Rebekah very proudly. “We read the role and it fit Haven to a tee.”

Boasting its beachfront shops, waterfront and also its new walking pier, the producers from Champlain Media turned Peachland into 'Crystal Cove,' a fictitious small American coastal town. Erecting the American flag did not go unnoticed by the locals when filming last September, but senior vice-president of production, Gilles Laplante, says he enjoyed his time in the area and hopes to be back.

“My appreciation for the Okanagan has been reciprocated by the communities there, which is what makes the relationship a success,” says Laplante. “I hope to make more movies in the Kelowna area.”

The romance movie captures the love-struck couple hiking in the Okanagan mountains, walking through vineyards, and sipping wine on the deck of the Bistro at Fitzpatrick Vineyards.

Locally, CityTV broadcasts on channel 106 on Telus and 103 on Shaw, or you can tune in to the livestream from their app.