Big haul for clean up crew 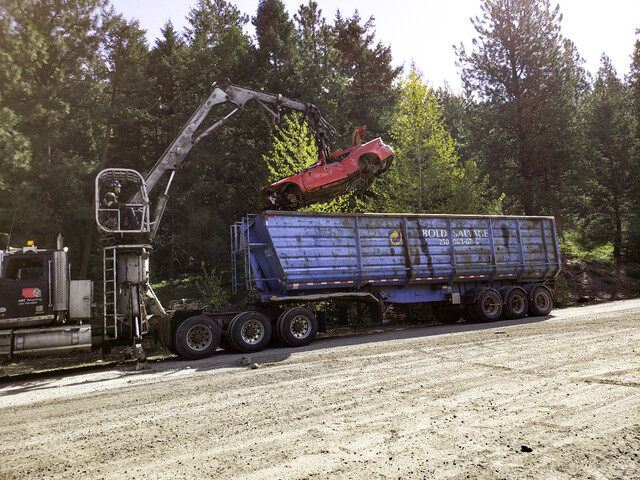 A community cleanup of the Peachland watershed made quite a haul on Saturday.

“Despite this area being designated as a community watershed, the area is outside the jurisdiction of the District of Peachland. The result is little can be done to prevent illegal dumping or to catch the offenders,” says Jack Gerow, Peachland watershed protection alliance chair.

“A community cleanup can mobilize a significant number of motivated volunteers who can get a lot done in a short amount of time. It’s not the best solution, but for now, it’s all we have available to protect our watershed. A big shout-out goes to all the volunteers who gave their time to this worthwhile effort.”

Illegal dumping remains a serious issue throughout the Okanagan and is especially frustrating for Peachland because the creeks in the ravines that dumpers prefer for disposing of their vehicles and junk are the source of the community’s drinking water. Gasoline, motor oil, and other hazardous materials leaking from dumped vehicles and other trash can easily end up in the water supply.

Seventy-eight volunteers from across the Okanagan, filled a 40-cubic yard dumpster with garbage, and packed a “behemoth” metal recycling truck with abandoned vehicles. All had been dumped in the woods above the community of Peachland.

"That may sound like a lot of trash was collected, but sadly the volunteers located more dumped vehicles and garbage than the containers could hold," Gerow says.

That means another community cleanup is being planned for the fall. The event was organized by the Okanagan Forest Task Force and the Peachland Watershed Alliance.