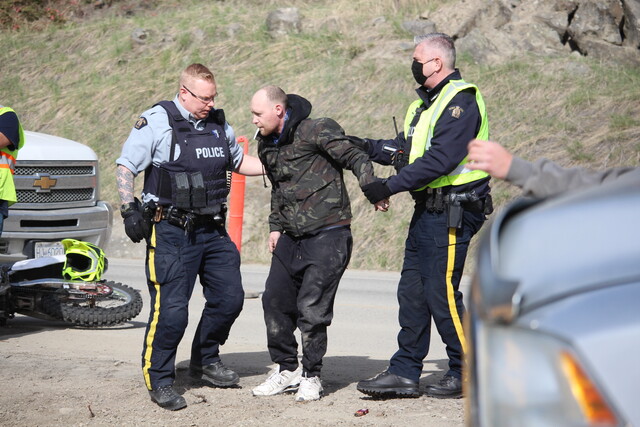 RCMP were called just after 9:40 a.m. on April 8 for a report of a motorcyclist who collided with a traffic control person at Campbell Road and Campbell Place.

“The nearby road construction workers were able to stop the motorcyclist from departing prior to police arriving on scene,” said Const. Solana Paré. “Officers arrived on scene and formed grounds to believe the motorcyclist was impaired.”

“The driver faces potential charges and is expected to appear in court at a later date,” added Paré.

Traffic control workers at the site told Castanet News last week the motorcyclist blew by a flagger down a one-way road through the construction site.

“This is what happens when you don’t stop when a flagger tells you,” said the worker