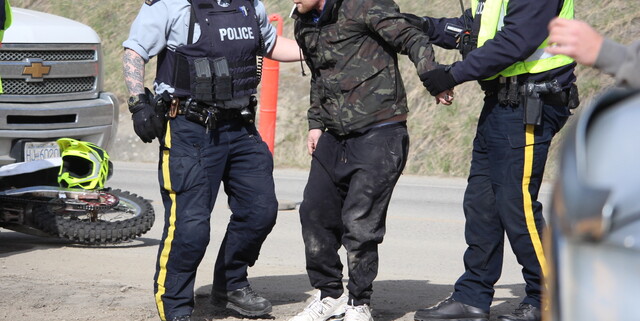 The West Kelowna RCMP detained a motorcyclist for failing to stop for a construction flagger Thursday near the Bennett Bridge.

Traffic control employees at the construction zone on Campbell Road say a motorcyclist was instructed to stop by a flagger Thursday morning.

“But the guy told her no, and kept going while a car was coming down the one-way lane,” the worker told Castanet.

The flagger radioed her counterpart at the other end and with the help of the construction crew, they all came together and were able to stop the motorcyclist.

“This is what happens when you don’t stop when a flagger tells you,” said the worker.