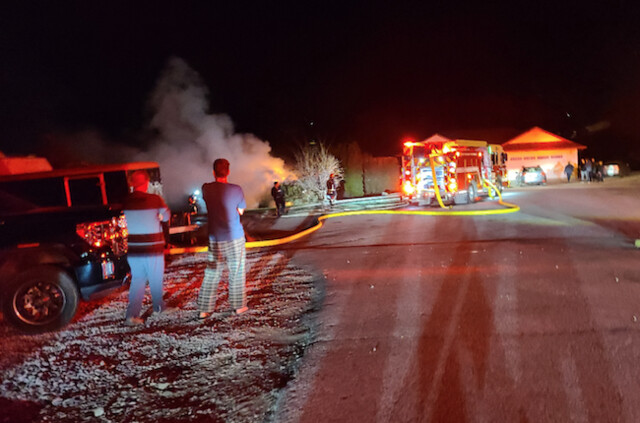 WKFR responded to reports of a garage fire at 3:30 a.m. Friday.

Assistant Fire Chief – Operations Brent Watson said on arrival, crews found a fully-engulfed late-model pick-up in the driveway, which was starting to spread to the attached garage.

“The fire was quickly knocked down, but the truck is a total loss and the garage suffered significant fire and heat damage,” said Watson. “The house itself, however, was saved, with only minor smoke damage. The house was not occupied at the time of the fire.”

The fire is suspicious and is under RCMP investigation.

WKFR responded with four engines, a command unit and a safety.

There were no injuries.