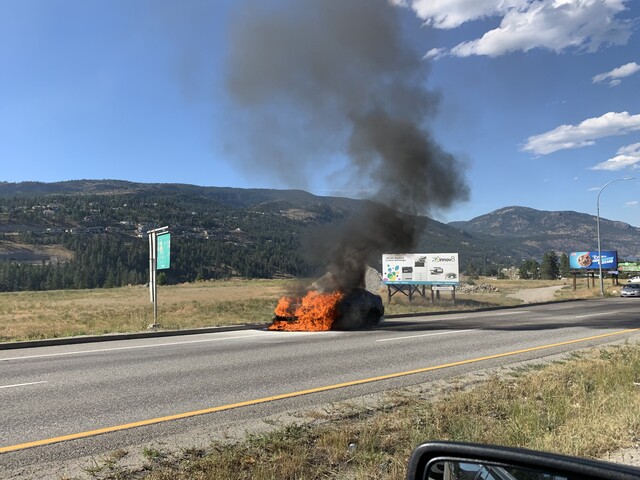 The left lane of Highway 97 travelling southbound is now open, and the right lane remains closed.

BC Ambulance was not required on scene as there were no injuries from the incident.

Tow trucks are also now assisting with clearing the vehicles.

Emergency services have doused a vehicle on fire on Highway 97 near Boucherie Road.

All lanes of Highway 97 travelling southbound have been closed and are currently blocked by police vehicles.

Firefighters are on scene and assisting the two vehicles involved in the incident, which happened just before 4:30 p.m.

Castanet has heard from witnesses the gas tank of the vehicle on fire also exploded.

At this stage it is not clear whether anyone was in the car at the time of the explosion, or whether there are any injuries related to the incident.

Traffic is significantly backed up heading into West Kelowna, as rush hour hits.

Motorists travelling into Kelowna can expect no delays.