Creeks in West Kelowna are rising, but not to danger levels

Creek levels across West Kelowna are rising quickly with the rise in temperatures and a rapid melt of the mountain snowpack.

However, West Kelowna Fire Chief Jason Brolund says they have not yet reached a level where officials are overly concerned.

At least, not yet, but they are keeping a watchful eye.

"For us, it's all about the usual hot spots, and the information we have been getting suggests we are in good shape on the lake so that lets us focus now on what freshet flooding may look like," Brolund told Castanet News.

"The biggest spots we're watching are Powers and McDougall creek. Those levels have come up a lot over the last seven to 10 days, although they are not yet at what we would call flood stage, or any level of concern for us."

Still, Brolund says people in flood-prone areas should use this time to get prepared.

Sandbags and sand are now out at the usual key locations near typical flood areas.

And, because the firehalls across the city are closed to the public during COVID-19, Brolund says those are are being kept stocked with both bags and sand.

He reminds residents they are responsible for filling their own bags and protecting their own property if, and when flooding does occur.

"In terms of the lake, I think that's going to be OK. In terms of freshet flooding from melt and rain, we encourage people to prepare for what the last few years have looked like."

The COVID-19 pandemic and health department guidelines around safety means there will be some changes to the way first responders react to any major flooding events.

"This year will be challenging because we have to protect the health and safety of the firefighters, whether they be structural firefighters or public works crews, firefighters from another agency or, as we saw two years ago crews from the Canadian Forces," he said.

All of those operations, if they needed to take place this year, would look very, very different because we need to maintain physical distancing. Some of the guidelines coming out around sandbagging are that only one person can touch a sandbag."

Brolund says something as simple as tossing sandbags down a line of people would be very difficult while trying to maintain directions around distancing.

The Okanagan snowpack was at 116 per cent of normal as of April 1.

You can track the level of Okanagan Lake daily on Castanet here. 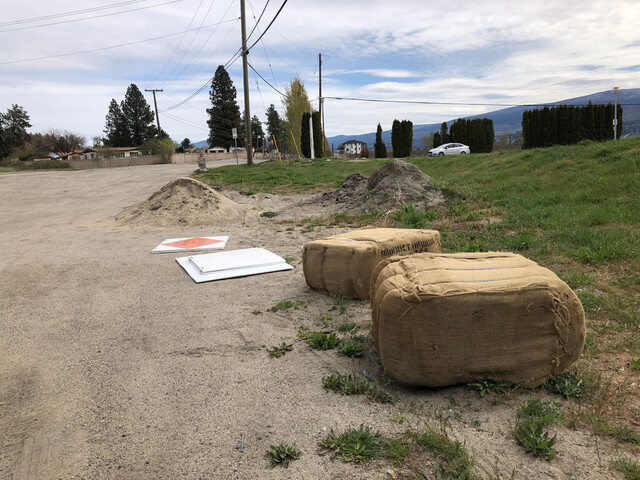