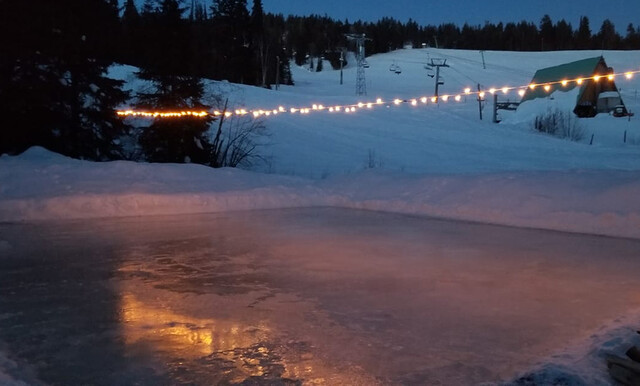 Here's a complaint you don't hear too often from a ski hill operator - "too much snow."

That's what Don Journeay faced this winter during his efforts to get Bull Mountain (formerly Crystal Mountain) back up and running.

The ski hill above Glenrosa has been idle since a chairlift accident forced the hill to close during the 2014 season.

"Honestly, I didn't think we were going to get that much snow this year, so we've been working on the infrastructure, working with the community," said Journeay.

"Getting the foundation set for when we do get open."

Journeay, who took on the task in earnest in the summer, had lofty goals of having it at least partially operational for this current ski season.

He did informally invite people to come up to the hill on Sundays, and told Castanet News some people did come up for some tobogganing during the season.

And, he says the ice rink is finally ready to go for some hockey and skating.

He says the rink will be open for anyone who wants to come up for a skate during the Family Day long weekend.

And, he hopes to announce some activities for spring break.

Journeay says he has installed the first stage of windows in the buildings and will begin working on the T-bar.

He says he's also working on getting another lift in for next season. He hopes to have an announcement in a few months.

Journeay's goal is to have the hill operational for the next ski season.