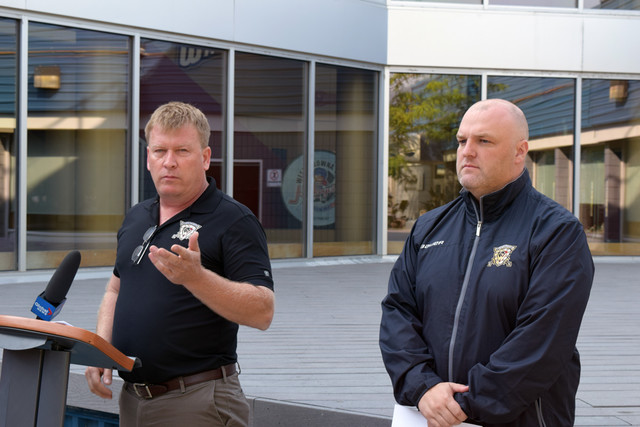 Geoff Grimwood claims he was fired by West Kelowna Warriors owner Kim Dobranski so Dobranski could take control of hockey operations and other duties.

The claim is part of a notice of claim filed by Grimwood in Kelowna Provincial Court earlier this week.

He also claims he was let go so Dobranski could "avoid the real possibility of having to increase the claimant's compensation under the terms of the contract, and for which induced the claimant into returning to the West Kelowna Warriors after being terminated in August 2018."

The statements are part of a claim in which Grimwood is seeking $29,166 plus interest for breach of contract.

Grimwood claims the contract he signed in September provides for an immediate lump sum payment of an amount necessary to ensure his salary met the BCHL's minimum standard of $50,000 if he were terminated.

He said the team failed to, or refused to make the payment.

He further claims the contract was breached because the club did not obtain approval from the league as per the agreement.

The suit further claims the club failed to "discharge their obligation of good faith and fair dealing in dismissing (Grimwood) in a callous and insensitive manner, and specifically failed to act in the candid, reasonable, honest and forthright manner that was a common expectation of the parties at the outset of the employment relationship."

His firing ended a brief and tumultuous relationship between Grimwood and Dobranski, who assumed ownership in August.

Grimwood was fired from his position as interim head coach and GM, then rehired on the eve of the regular season after players boycotted practice.

The Warriors have yet to officially respond to the suit.

None of the statements and claims in the suit has been proven in court.