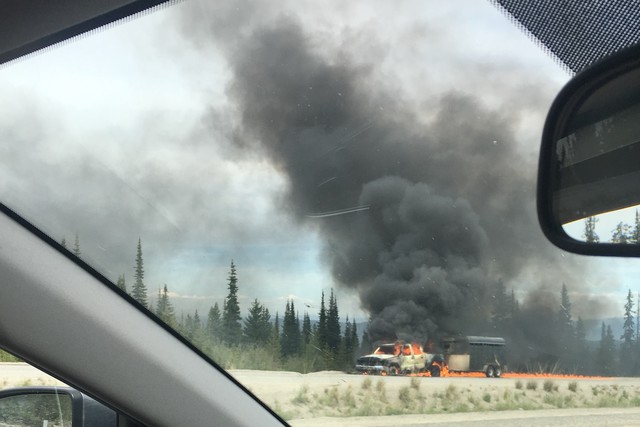 A vehicle fire has caused a section of the Okanagan Connector to be backed up on Sunday afternoon.

Photographs taken by drivers show a large plume of black smoke coming from beside the road and a truck that appeared to have been pulling a trailer fully engulfed in flames.

The fire appears to have occurred just past Brenda Mine and about 40 kilometres outside of Peachland. 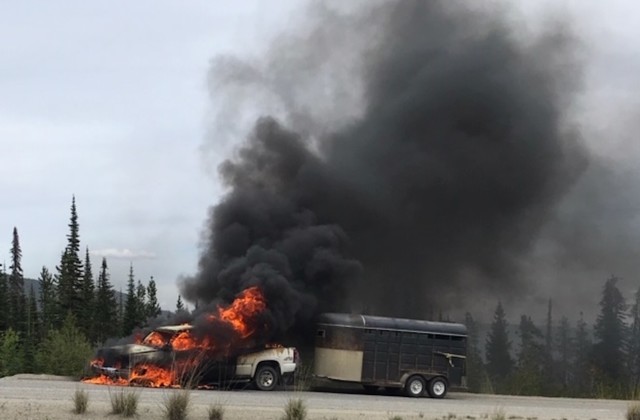