No shelter this winter 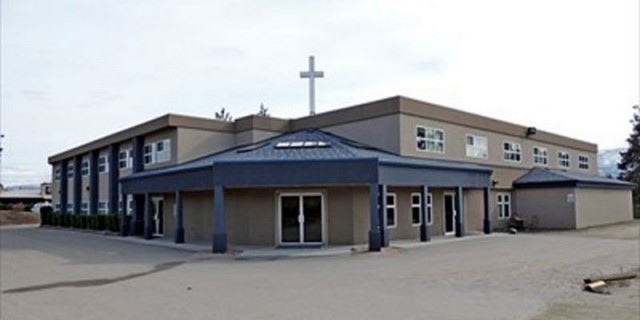 West Kelowna will not have a homeless shelter this winter, leaving over 25 people without somewhere to sleep.

West Kelowna Shelter, BC Housing, Westbank First Nations and the City of West Kelowna have all spent the last year searching for a new location for the shelter after they outgrew and outlived the space at Emmanuel Church.

A letter sent to the City of West Kelowna and BC housing from the shelter president reads: “Regrettably there will be no cold weather shelter on the Westside this year.”

“Unfortunately, we were not able to secure a location that can accommodate the number of beds needed as shown in the 2018 Westside point in time count,” the letter states.

Councillor-elect Stephen Johnston, who has been very involved in the shelter, said he is extremely disappointed that West Kelowna won’t have a shelter this year.

“The shelter and supportive housing in Kelowna are already at capacity and it is going to put a lot of extra strain on both communities,” said Johnston. “I am hopeful that an interim solution can be found to alleviate this issue.”

Brent Barrett, a spokesperson for the shelter, said they currently feed 40 to 45 people a night and are at their max capacity for beds at 25 people a night. He adds they consistently have to turn people away as they don’t have enough space for everyone.

“It is frustrating for us because we put it together to help those individuals who could come and serve the need and then every year we escalated in size and in need,” he said.

“The Emmanuel Church just cannot facilitate what the needs of the community are,” he said.

Barrett added the issue is not only space, but also that new processes are required for the shelter.

“BC Housing has a set of regulations and processes that they wished the shelter society to provide to the guest as part of the new BC housing structure and we couldn’t offer those services in the Emmanuel Assembly facility,” he said.

“Emmanuel is committed to being involved in our community … and are hopeful that the whole community, along with every level of government, can partner together to provide a permanent, stand-alone shelter in West Kelowna."

Barrett thanks the church for their support over the years and said they have exhausted every possible location that they know of in West Kelowna. Over the next week, people will be on site advising people there is no shelter.

West Kelowna Shelter told BC Housing that if they find another facility, please approach them.

“We are still looking at other options, but it is the same thing Kelowna is facing… it is not something everyone wants,” said Barrett.

Anyone who believes they have a suitable location for the West Kelowna Shelter Society can reach out at 250-769-1174.