Highway 97 has once again been reopened to single-lane, alternating traffic between Summerland and Peachland, for now.

The highway had been closed due to the Mount Eneas Wildfire earlier this evening, but it is now open with a pilot car guiding traffic through.

Highway 97 has been closed again after being open for much of the day.

Shane Hunter tells Castanet he was one of the first people to be stopped by RCMP.

"They just stopped me and told me the highway has been shut down indefinitely," he said.

Hunter also tells Castanet the wind appears to have shifted and is now blowing south towards Penticton.

The RDOS says the highway is closed between Brent Road N. and North Beach Road.

DriveBC has no estimation of when the highway will reopen. 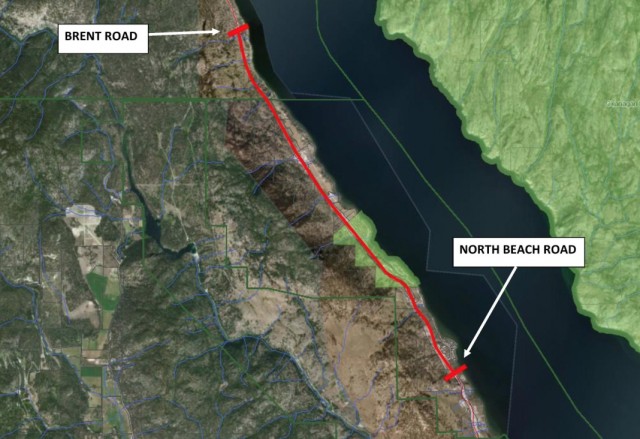 Highway 97 between Peachland and Summerland continues to move, but so too does the Mount Eneas fire.

The fire is located four kilometres south of Peachland, burning in steep terrain. The 500 hectare blaze has brought Highway 97 down to single lane alternating traffic.

It has also caused multiple evacuation orders and alerts in the Peachland and Garnet Valley areas. Airtankers, 22 personnel and helicopters are battling the blaze. Peachland firefighters have also been deployed to the area.

"Things are looking not bad. We have resources that we can put onto the fire. On the south end of the fire we have a unit crew from the highway to the top of the ridge line," said Incident Commander Kim Janowsky.

"It progressed three to four kilometres last night in the southerly direction. It's stayed pretty much the same from yesterday in the north direction."

"I think we have a handle on it. We have got as many resources as we can get. Right now, it's very different for this zone to have this many interface fires all at once,"Janowsky added.

DriveBC reports delays between one to two 2 hours and road closures on short notice. Alternate routes are available via Highway 97C, Highway 5A and Highway 3.

For the latest on closures and alternate routes visit DriveBC.

Highway 97 is moving as of 10:30 a.m. Thursday morning. Castanet's Madison Erhardt is on scene and indicates traffic is moving relatively quickly.

Madison has more details and a live report from the scene.

The highway has been shut down twice in the last 24 hours due to wildfire activity in the area.

RCMP are on scene to ensure traffic continues to move and they have been providing escorts at times. 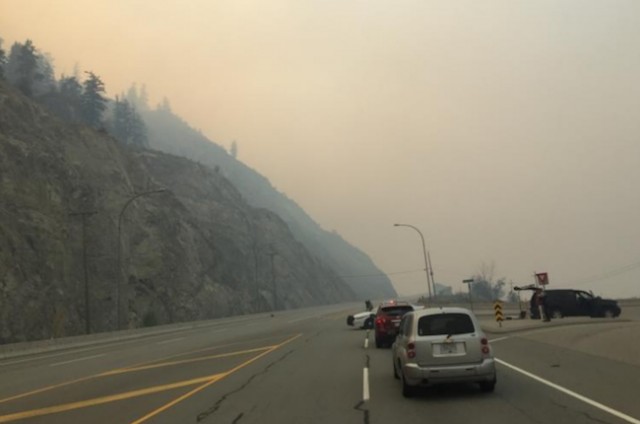