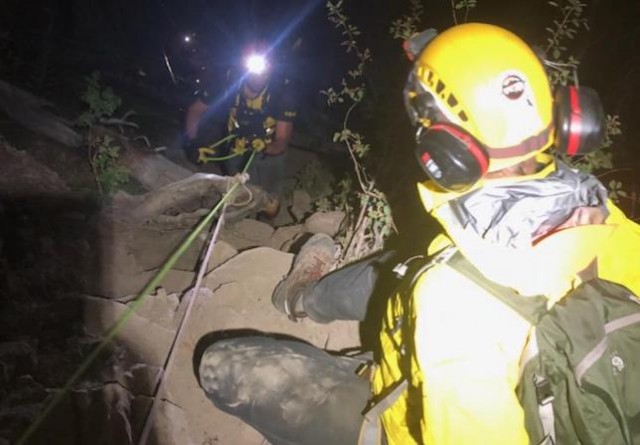 A fun swing over Christie Falls in West Kelowna went horribly wrong for a man on Sunday after a failed attempt.

At 7p.m.Central Okanagan Search and Rescue were called to Christie Falls in West Kelowna up Bear Creek Road to rescue the injured man.

Crews helped stabilize the victim while a cormorant helicopter from 442 squadron in Comox was dispatched for the rescue.

"The male in his 20's from Quebec, was evacuated by helicopter to Kelowna General Hospital," COSAR added.

The Christie Falls trail in West Kelowna is known for the infamous swing.

"The trail to the top of the falls was fairly easy and only takes about 15 minutes. The hike down to the falls is a bit more challenging. Once at the waterfalls, there is a rope swing and if you're brave enough you can swing around the falls," Tourism Kelowna writes online.

Hikers are reminded to swing at their own risk. Always have someone with you incase of an emergency.