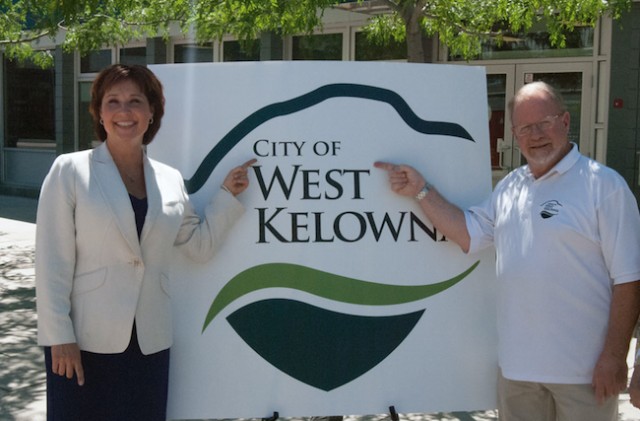 West Kelowna's mayor and council raised issues of importance to the Okanagan community with Premier Christy Clark, MLA for Westside-Kelowna, Tuesday at the Union of BC Municipalities convention in Vancouver.

Among the issues raised was the Okanagan Lake second crossing study, the ongoing concerns with the Highway 97 corridor through West Kelowna and wildfire mitigation and community safety.

Mayor Doug Findlater and council members are attending the UBCM this week where they are provided with short, face-to-face meetings with the premier and B.C. cabinet ministers.

On Tuesday, the West Kelowna delegation met with Clark who was joined by Todd Stone, Minister of Transportation and Infrastructure and Naomi Yamamoto, Minister of State for Emergency Preparedness.

Findlater said one of the key concerns for West Kelowna is the study into a second crossing over Okanagan Lake that is currently underway and the continuing bottlenecking of traffic through Westbank Centre.

“We wanted to make sure the premier is aware of our interest in the Province taking a hard look at improvements that are on the radar now and the bypass study to see what improvements are the most important and impactful,” says Findlater. “We emphasized to Premier Clark our transportation master planning will be significantly impacted by this new corridor and other proposed improvements to the existing infrastructure.”

Findlater said the premier understood the issue is something the public is interested in and said she will take a close look at it.

A small win for West Kelowna in its ongoing interest in improving the Highway 97 one-way couplet through Westbank is the Province’s commitment to pave the couplet in its entirety next year, says Findlater. Currently, the couplet is being resurfaced in parts only.

“We can’t keep spending the kind of money that we do on fighting forest fires instead of preventing them,” says Findlater. “We emphasized to the Premier the Province should focus more efforts towards mitigation as soon as possible.”

Findlater says he may have found a different approach to take to help forest fire mitigation on private lands. He was approached at the UBCM convention by the mayor of Clinton and the former mayor of Nelson who provided information on a unique private partnership that has helped in their communities.

“They said the municipalities called together private interface landowners with logging companies. Together an agreement was struck where the logging companies would conduct prescribed forest fire mitigation on private lands in exchange for the rights over the trees being removed,” said Findlater. “That is an intriguing idea and something we will take back with us and investigate further.”

West Kelowna also raised the importance of establishing an appropriate maintenance level for Jackpine Forest Service Road, the secondary evacuation route out of the Glenrosa neighbourhood, which was hit by a significant wildfire in 2009 causing the evacuation of more than 6,000 residents.

Meeting attendees indicated this would be difficult to do as maintaining a forest service road as a secondary route would be precedent setting and not something that could be done for every community.

Findlater also attended a meeting with the premier and Mary Polak, Minister of Environment, with a delegation representing the Okanagan Basin Water Board (OBWB) regarding its ongoing efforts to prevent zebra and quagga mussels from infesting Okanagan Lake.

“I was very impressed with Minister Polak’s understanding of the issue and definitely felt that our concerns were heard,” says Findlater, who is also the chairman of the OBWB board. “We made some progress, particularly in learning that the issue is very much on the Ministry’s radar.”