Fire near Brenda Mine 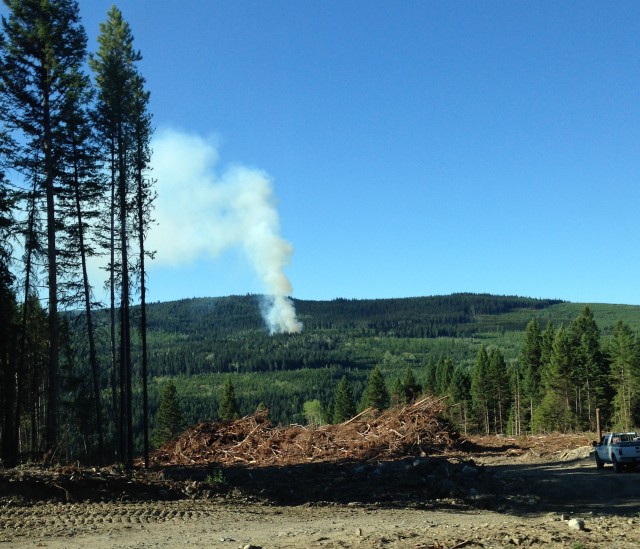 The blaze near Brenda mine, referred to as the Boliver Service Road fire by officials, is now contained.

Wildfire Management say the fire grew to 0.5 hectares but was easily brought under control.  An initial attack crew still remains on site to mop up.

There were no structures threatened by this blaze which is believed to be lightning caused. While lightning was seen in the area Sunday night, this fire may have been caused by hold over lightning from earlier in the weekend.

The fire spotted near Brenda Mine this morning, west of Peachland, is 0.5 of a hectare in size, the B.C. Wildfire Service reports.

Fire information officer Kelsey Winter says it is burning at a Rank2, which is not aggressively, but rather with visible open flame and little or no spread.

An initial attack ground crew is now on site, supported by one helicopter and two air tankers.

The fire believed to be lightning caused.

The B.C. Wildfire Service is currently responding to a new a wildfire near Brenda Mine, reported early this morning.

Fire information officer Kelsey Winter says they are mobilizing crews and hope to have someone on the ground within 30 minutes, by 9:15 a.m.

“We are responding with one initial attack crew, as well as a helicopter and air tankers have also been requested,” says Winter.

There is not yet any information on the size of the blaze or what the cause could be.

Castanet will have more details as soon as they become available.