One killed in crash 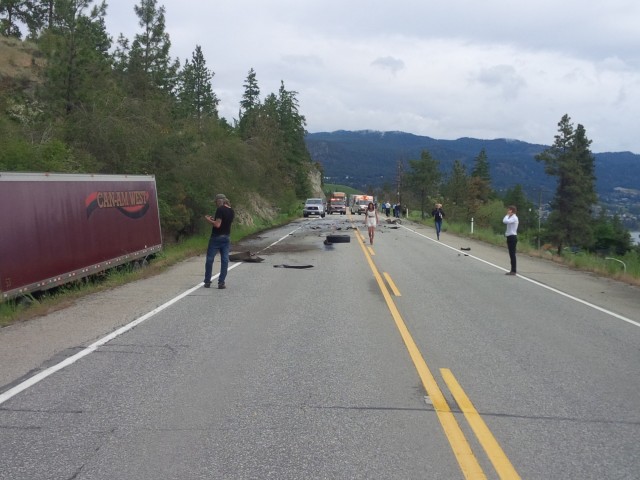 DriveBC has confirmed that Highway 97 is now cleared in both directions.

RCMP are now confirming this morning's crash that closed Highway 97 south of Peachland was a fatal.

Cpl. Joe Duncan says about 9 a.m. a Toyota collided head on with a tractor-trailer unit.

It's not yet known what caused the crash.

Kelowna RCMP now say Highway 97 was not reopened to alternating traffic at the scene of a fatal collision south of Peachland.

However, traffic is moving via nearby Brent Road.

They still say the highway should be fully open in 45 minutes.

Highway 97 has been partially reopened to single-lane, alternating traffic south of Peachland.

Police say the highway should be fully open within 45 minutes.

RCMP and emergency personnel are still on scene, following a serious head-on collision.

Witness on the scene say the three vehicle accident involved a small white sedan, a large semi truck and one other vehicle.

Cpl. Joe Duncan says a RCMP traffic reconstructionist is on the way.

A motorist on the scene says the white sedan allegedly tried to pass another vehicle and hit the semi head on.

According to DriveBC, the highway is specifically closed in both directions 12 km north of Summerland. The highway is expected to be closed for several hours.

There is currently a single lane alternating detour available and traffic is backed up significantly in both directions– the next update is expected at 11:30 a.m.

We will have more details as they become available. 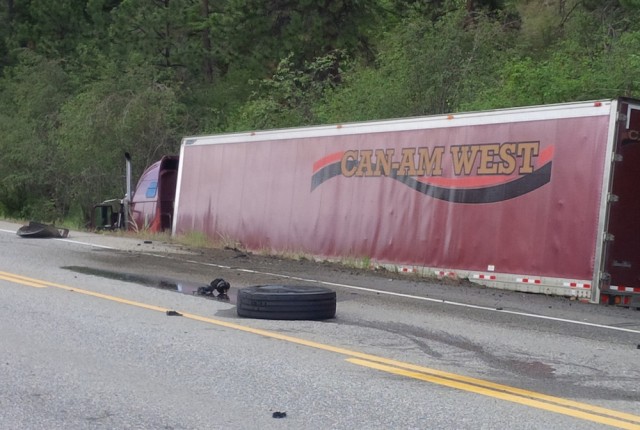