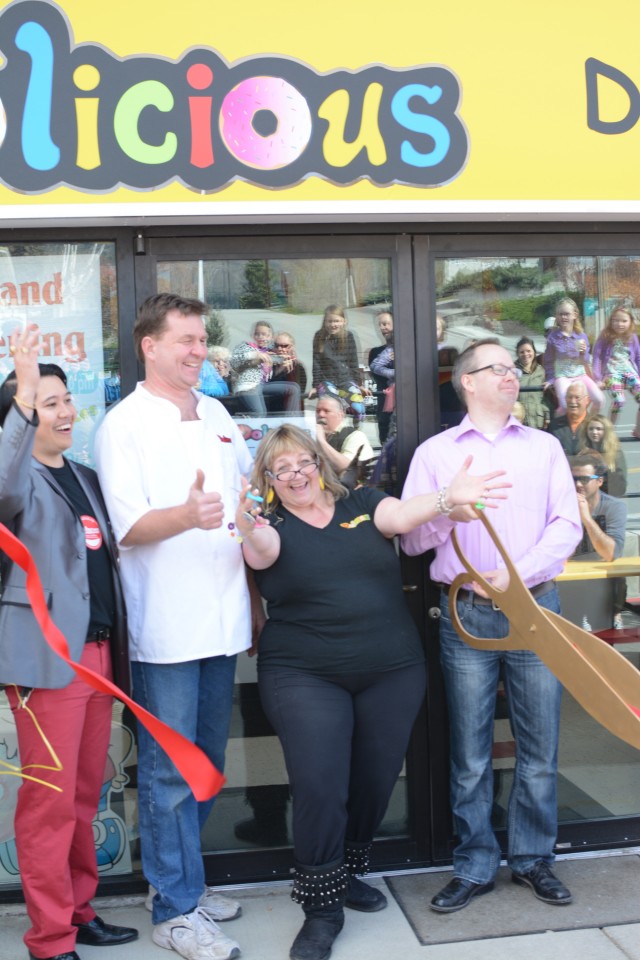 That's what you'll find in Dolicious Donuts' special $100 donut that was unveiled at the coffee shop's grand opening Saturday morning.

After more than 40 years in business, Dolicious Donuts – formerly Vineyard Bakery and Deli – has moved into a new West Kelowna location, at 3711 Elliott Rd.

"We had to revitalize and move, they're demolishing the plaza we were in, so we decided to make a change and open Dolicious Donuts," said co-owner Chris Cruz.

Cruz says the secret to their success is making everything from scratch; Bakers come in at 3 a.m. to start the dough preparation, he said.

"It can take anywhere from three to five hours from the beginning of the process," Cruz. "That's one of the biggest differences – and of course all the love that goes into it from all of our donut artists. Sometimes I don't even know what's going to come out."

Torsten Kaminski and his wife Jeanne founded the business and have seen it grow from just a few people to 30 employees and almost 50 different donut recipes.

"We're trying to create a unique experience where the inside is completely wild and crazy, a place to escape reality," Kaminski said.

They're also opening up a drive-thru lane, so they can service the busy vehicle traffic at their West Kelowna intersection.

Torsten said the inspiration for the diamond donut came from a couple at their old bakery who wanted their proposal to happen in the bakery itself.

"We used one of the Bismarck's (a type of donut) as a ring pillow, and put the ring in it and he proposed right in the bakery, so we thought that was pretty special."

Long term West Kelowna resident Tina Thiessen said these are the best donuts she has ever had.

"I haven't had a donut in many years, but it was delicious," she said. "I hope they do well."