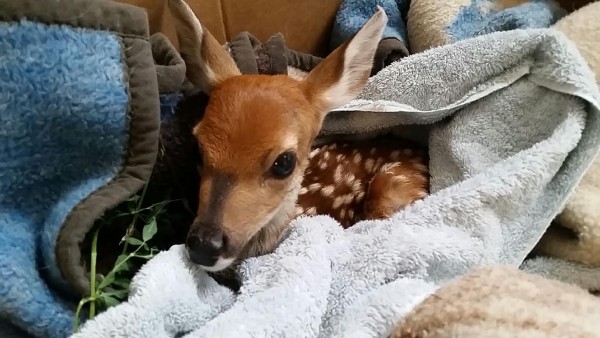 Update: Unfortunately little Bambi, as she was referred to at Rose Valley Veterinary Hospital, was not strong enough to make it through the night. Dr. Oz told Castanet that the little fawn passed away this morning. He would like to thank everyone who helped and donated milk for the deer.

His staff are sad to see the little one go, as everyone had grown very attached to those big brown eyes.

A small fawn, abandoned by its mother after it broke its leg, is now in the care of Rose Valley Veterinary Hospital. 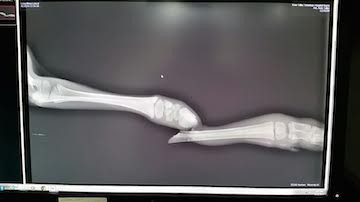 Dr. Moshe Oz who, time and time again, steps up to help animals free of charge, has offered his services to try and help the new born fawn.

However, the fawn’s leg is badly broken and will need to be amputated.

“It will be a big surgery to amputate the leg, as it is a dry fracture and cannot be reconnected,” says Dr. Oz.

The fawn was brought to Dr. Oz by Anne Seeley, whose husband found the small deer huddled away in their backyard in Kaleden.

“I tried calling everywhere to see if someone would take the poor thing after the mother had abandoned it,” explains Seeley. “The fawn was part of twins, but couldn’t keep up.” 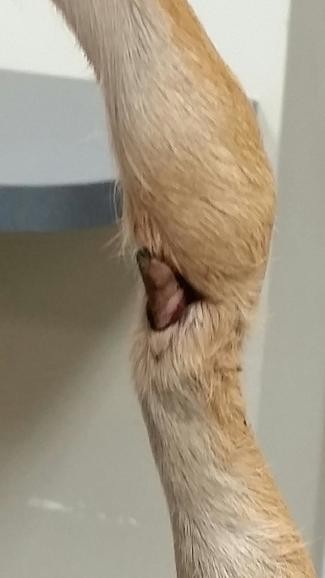 After several phone calls to different veterinary clinics and wildlife reserves, she was told to call conservation and have the deer euthanized.

“I couldn’t do that, she was so tiny and had these big eyes that looked up at me, it was just so sweet.”

Finally Seeley was told by one clinic to try Rose Valley, as Dr. Oz might be able to help.

“I would have driven anywhere to help this poor deer,” says Seeley when asked if she would mind driving to West Kelowna to drop the deer off.

Dr. Oz told Seely to bring the animal in on Monday, but over the weekend she would have to feed it milk with a bottle.

“I was told to get either soy or goat’s milk, so I went with soy,” explains Seeley. “At first it was hard to get her to drink, but then she really enjoyed the soy milk.”

But now, before Dr. Oz can perform the operation, he needs somewhere for the deer to be rehabilitated after the surgery.

“She will have to live in a rehabilitation centre for the rest of her life, she has been touched by humans, and she won’t survive in the wild after the surgery,” explains Dr. Oz.

Dr. Oz is looking for the public’s assistance, he has offered to do the surgery at no cost, if someone can provide a home for the deer.

Rose Valley Vet Clinic is also looking for donations of goat’s milk to feed the fawn during its stay at the clinic.

If you can offer assistance to provide either milk, or know of a rehabilitation centre for the deer, please call, Rose Valley Veterinary Clinic at  (250) 769-9109