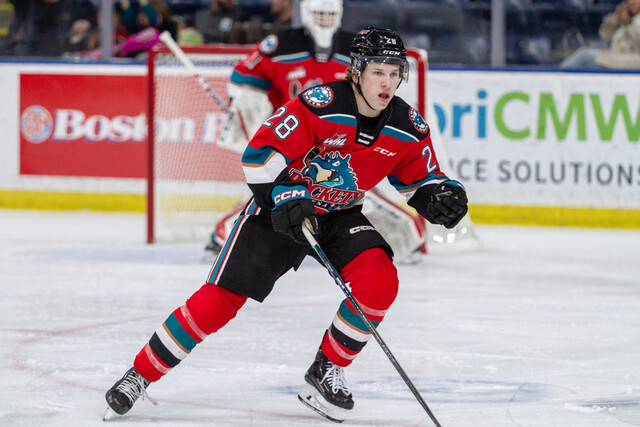 NHL scouts have come to realize what Kelowna Rockets fans have known for nearly two years.

Andrew Cristall has some serious game.

Cristall, tied for second in WHL scoring behind only Regina phenom and presumptive first overall selection Connor Bedard, has been upgraded to an "A" prospect.

Those players with an "A" rating are projected to be taken in the first round in the June draft.

Cristall has only been held off the scoresheet in three of the Rockets' 17 games this season.

He has multiple points seven times during a current eight game point streak.

Cristall has eight goals and 14 assists over those eight games.

"Andrew has been an offensive catalyst in Kelowna this year," John Williams of NHL Central Scouting told NHL.com Monday.

"He's very gifted offensively, good on the power play, has great vision and knows how to score."

Defenceman Caden Price remains a "B" prospect, meaning he's projected to be taken in the second or third rounds in June.