Kelowna Rockets will host Spokane and Tri-City in busy weekend 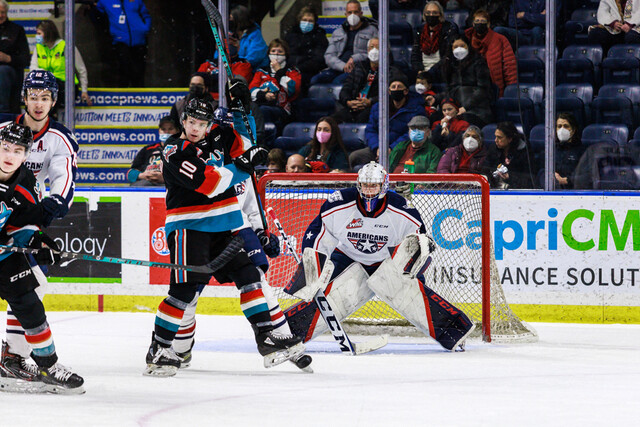 The Kelowna Rockets hope to take advantage of a pair of struggling teams to help them get back into the win column.

Coming off a 6-1 defeat at the hands of the Kamloops Blazers last weekend, the Rockets look to rebound with weekend games against the Spokane Chiefs and Tri-City Americans.

The Chiefs, who invade Prospera Place Friday night are just 4-11-0-1 on the season. However, they did snap a nine-game losing streak in their most recent outing, a 7-3 victory last Saturday over the Americans.

Tri-City, 7-11 on the season and losers of three-in-a-row, roll into town for a meeting with the Rockets Saturday.

The Rockets hope to have forward Max Graham back in the lineup Friday.

Graham has missed the last four games with a lower body injury.

His return means the Rockets have nobody left on the injured list.

Andrew Cristall comes into the weekend the hottest of the Rocket forward.

Cristall has five goals and 10 assists during a six-game point streak.

If you are hoping to see phenom Connor Bedard when he rolls through Prospera Place later this month, you're almost out of luck.

The game between the Rockets and Bedard's Regina Pats Tuesday, Nov. 29 is a virtual sellout. Only six seats plus some standing room tickets remain unsold for what will surely be Bedard's only appearance at Prospera Place before he reaches the NHL.

Arenas across the BC Division are all but sold out for the Pats one and only run through the division this month.