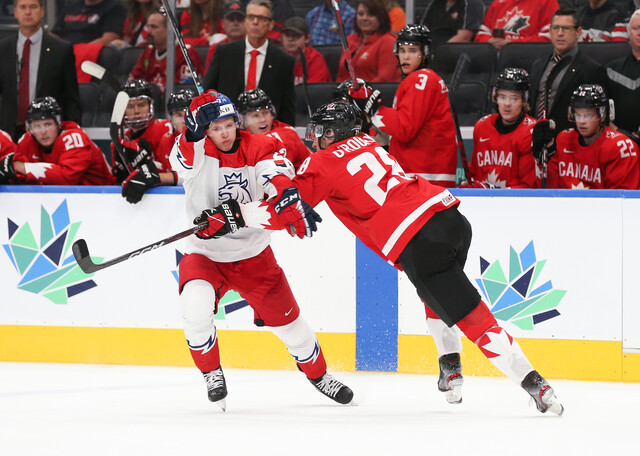 Kelowna Rockets forward Gabriel Szturc, playing for Czechia, finished just outside the medals at the 2022 IIHF World Junior Championship in Edmonton on Saturday.

Team Czechia fell to Sweden 3-1 in the bronze medal game. Szturc appeared in all seven games for Czechia at the tournament, averaging 16:09 minutes of ice time, while posting six penalty minutes, a goal and eight shots on net.

Teammate Pavel Novak was part of the original Czechia roster in December, however, he stepped away from the game while he undergoes cancer treatment

It was Czechia's first opportunity to medal at the World Juniors since 2005.

Szturc will now report directly to the Kelowna Rockets from Edmonton.