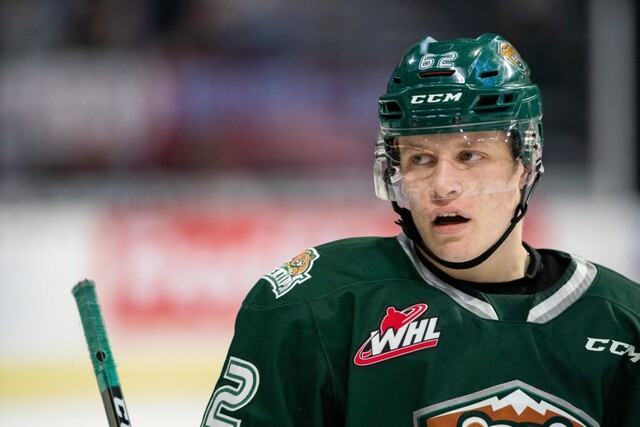 Czechia forward Pavel Novak may not physically be in Edmonton at the World Junior Hockey Championships, but teammate Michal Gut will make sure he is in spirit.

Gut will play in this month's tournament with specially designed sticks to show support for Novak, who is home battling cancer.

The sticks will be auctioned off with proceeds going to the Ivan Hlinka Endowment Fund.

Novak, who played two seasons with the Kelowna Rockets, was a member of the Czechia team when the world junior tournament was postponed in January, but said last month he would be stepping away from the game to deal with the cancer.

Gut and stick manufacturer True Sticks created special purple sticks to use throughout the tournament.

He said the initial intention was to send proceeds to help pay Novak's medical bills, but he declined.

They agreed to send all monies collected to the Ivan Hlinka Foundation that helps hockey players and other hockey officials facing social and economic circumstances.

“We all know what happened to our friend,” Gut, a member of the Everett Silvertips, explained to Czech media.

“I thought about it and wanted to somehow support him and help him. We have known each other since the national team and we are good friends. I write to him almost every day. I have never seen a stronger person.

"He always stays positive and handles it well. I think he will win this tough match.”

The tournament begins next Tuesday.