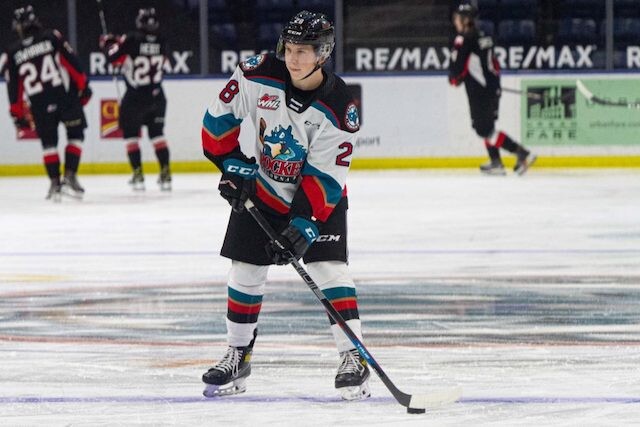 Two Kelowna Rockets players will have the honour of wearing Canada’s red and white colours as a part of the National Men’s Summer Under 18 Team at the 2022 Hlinka Gretzky Cup.

The squad will be made up of 13 forwards, seven defencemen, and three goaltenders and they will compete for glory on the world stage between July 31 and August 6, 2022.

“After a very competitive camp, we are excited to announce the 23 players who have earned a spot on Team Canada at the Hlinka Gretzky Cup. The skill and intensity showed by all 42 players at camp made our decisions difficult, but we know our players and staff will embrace the opportunity to wear the Maple Leaf as we look to compete for a gold medal on home ice,” explained Alan Millar, director of player personnel.

The roster was finalized after a five-day selection camp in Calgary after 42 skaters took part in both on and off ice sessions, including two intrasquad games.

Canada will face off against Finland in pre-tournament action July 29 before opening the tournament against Switzerland on July 31.