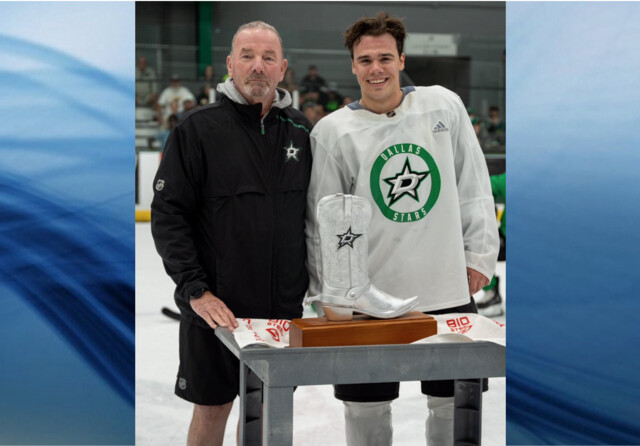 A Twitter post shared by the NHL team said Stankoven has been awarded the Lightning McQueen Cup.

The Lightning McQueen Cup is named after the Stars' longtime and current player development coordinator JJ McQueen, and is awarded to the most outstanding player of the Stars Development Camp.

Players drafted into the NHL by the Stars attended the camp at Comerica Center in Frisco Texas from July 11 to July 15.

Other Blazers at the camp were Ethan Brandwood and Matthew Seminoff.