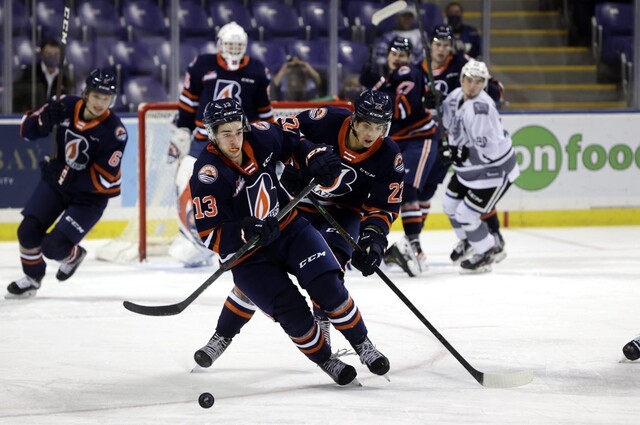 The Kamloops Blazers are sending more than a dozen players to NHL development camps.

Logan Stankoven, Ethan Brandwood and Matthew Seminoff are headed to the Dallas Stars development camp, while Quinn Schmiemann and Viktor Persson will take part in the Vancouver Canucks camp.

This week, NHL teams are hosting camps for drafted and undrafted prospects.

Stankoven and Garand are expected to suit up for Team Canada when the World Junior Hockey Championship, which was postponed in December amid rising COVID-19 cases, gets underway next month in Edmonton.

The Blazers will kick off their six-game preseason schedule on Sept. 9 when the Kelowna Rockets visit Sandman Centre. The regular season will get underway on Sept. 23, when the Blazers host the Portland Winterhawks.

The Blazers will host the 2023 Memorial Cup.