Back to normal WHL sked 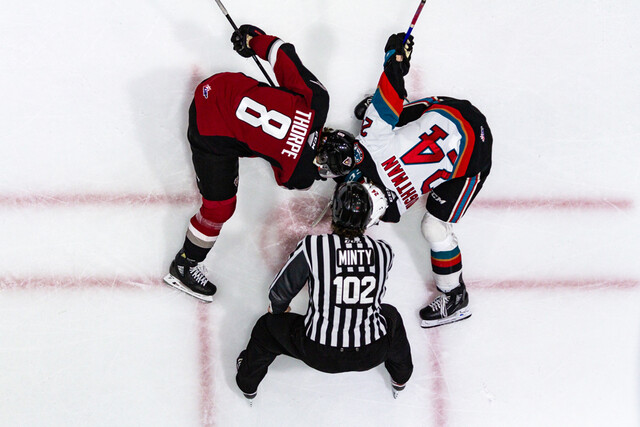 It's a signal from the Western Hockey League that things are starting to return to normal.

After two seasons in which teams played either within their own division or conference due to COVID restrictions and a need to cut down travel costs, the league will return to a traditional 68-game schedule for the 2022-2023 season.

For the Kelowna Rockets, that means visits by the six Eastern Division teams, presumably their traditional prairie road trip, and fewer meetings with division rivals.

The Rockets 34-game home schedule was released this week. Included are 18 games against division rivals and 16 against opponents from the eastern and US divisions.

As for their division, the Rockets will host the Kamloops Blazers and Vancouver Giants five times each and the Prince George Cougars and Victoria Royals four times.

And gone, at least this coming season, is the back-to-back home dates with the Portland Winterhawks that became the norm over the past several seasons.

Former first round draft pick Trevor Wong will make his return to Prospera Place when the Saskatoon Blades come to town Feb. 11.

The league champion Edmonton Oil Kings do not visit Kelowna this coming season.

The Rockets will open the home portion of their schedule Saturday, Sept. 24 against the Winterhawks, and close out the season Saturday, March 25 against Vancouver.