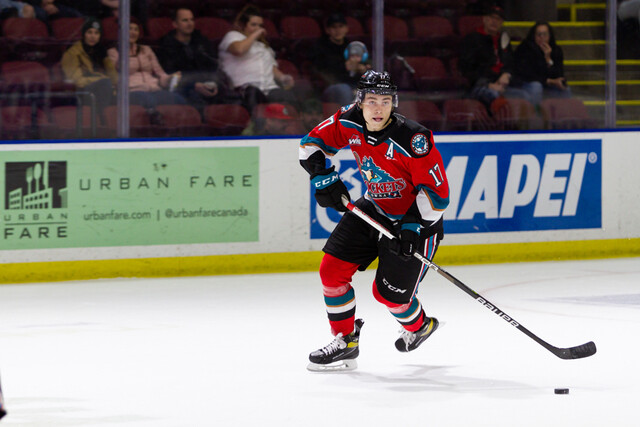 The Kelowna Rockets will be well represented at pair of high-profile Hockey Canada camps this summer.

Centre Colton Dach is one of 44 players invited to the national junior team summer camp, while forward Andrew Cristall and defenceman Caden Price will take part in the national men's summer under-18 selection camp.

Forty-four players have also been invited to that camp.

Both will take place next month in Calgary.

Dach will be looking to impress coaches and management as part of the first step in the process to select Canada's team for the 2023 World Junior championships.

Cristall and Price will be vying for spots on the team that will compete in the Hlinka Gretzky Cup later this summer in Red Deer.

Rockets head coach Kris Mallette will serve as an assistant coach for that event.

Dach led the Rockets in scoring during his first season in Kelowna with 29 goals and 79 points after being acquired from Saskatoon in a deal for Trevor Wong.

Cristall, the Rockets and BC Division rookie of the year, posted 69 points in 61 games while Price, also in his rookie year, had two goals and 19 assists over 47 games while finishing a plus 24.

The Hlinka Gretzky squad will be named July 24 following a four day camp.