Blazers clean up at awards 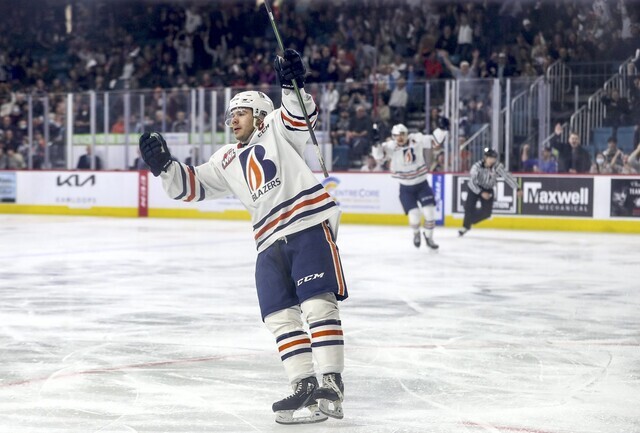 Three Kamloops Blazers were recognized this year at the Western Hockey League awards.

Blazers forward and captain Logan Stankoven was the recipient of two awards.

Stankoven took home the Four Broncos Memorial Trophy as WHL's Player of the Year, an award recognizing the player whose performance is deemed most outstanding during the regular season.

According to the WHL, Stankoven was one of four players to finish in the league's top 50 while registering less than 20 penalty minutes.

“Thank you to my teammates, the Blazers coaching staff, and the great fans in Kamloops for helping me be named WHL Most Sportsmanlike Player,” Stankoven said.

“On-ice success starts with positivity off the ice, whether it’s by being a role model in the community or lending a helping hand when needed.”

Stankoven also became the third Blazer to win the Brad Hornung Memorial Trophy as the WHL's Most Sportsmanlike Player. He is the first Blazer to take home the award since Hnat Domenichelli in 1996.

The 19-year-old finished tied for the League lead with 34 wins, while placing second among WHL goaltenders in goals against average (2.16) and save percentage (.925), the WHL said.

“It’s a huge honour to win this award. You look at the nominees and the past winners, to even be mentioned in the conversation is unbelievable,” Garand said.

Garand becomes the third Blazers netminder to be named WHL Goaltender of the Year and first since Corey Hirsch in 1992.

According to the WHL, Levis has taken six core courses and 12 total courses during his Grade 11 and 12 school year, registering an academic average of 95.6 per cent. The forward finished second among Kamloops Blazers rookies with 42 points — 16 goals and 26 assists — appearing in all 68 games for Kamloops during the 2021-22 regular season.

“I am thrilled and honoured to have been selected to receive the Daryl K. Seaman Memorial Trophy,” Levis said.

“There have been so many amazing recipients of this award, including my teammate Dylan Garand. I feel humbled to be part of this group.”

The 2022 WHL Awards were voted on by WHL General Managers and members of the media.