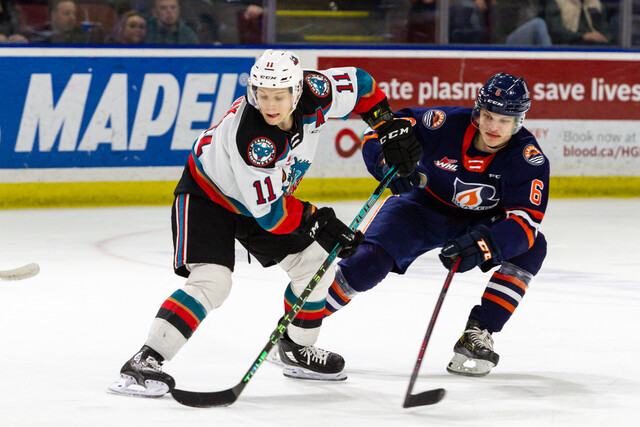 The 20-year-old right-winger finished second on the Rockets in scoring during the 2021-22 campaign, registering 72 points (29 goals, 43 assists). He was first on the team in goals, second in assists and plus/minus (26).

Drafted 13th overall by the Rockets in the 2019 CHL Import Draft, the Czech Republic-native from Tabor was named to the WHL B.C. Division Second All-Star Team.

Novak tallied 58 points (25 goals, 33 assists) through 55 games with Kelowna during the 2019-20 season – the year before the pandemic shortened season – As a rookie, he led the team in scoring and was second in rookie assists, third in scoring and fourth in goals.

Novak was a fifth round selection (146th overall) by the Minnesota Wild during the 2020 NHL Draft.