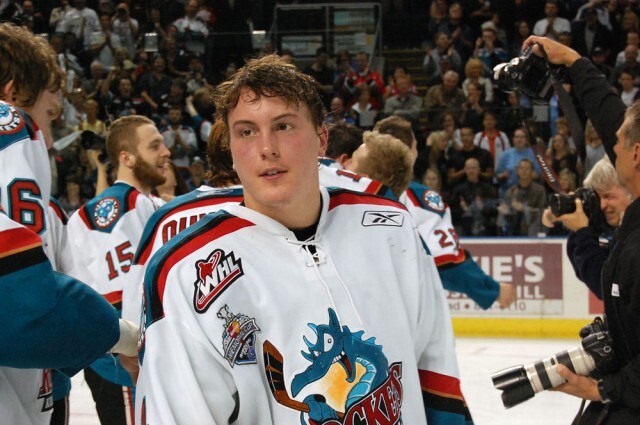 The Kelowna Rockets season may have come to an end in disappointing fashion, but multiple Rockets alumni are still playing meaningful hockey this spring.

Nine players that have worn the Ogopogo logo in the past are now competing in the 2022 NHL Stanley Cup Playoffs, while another 13 players will take part in the AHL’s 2022 Calder Cup Playoffs.

The first round of the NHL Stanley Cup Playoffs features 16 teams facing off in eight best-of-seven series, which started last night.

Alex Edler of the Los Angeles Kings was the only ex-Rocket to pick up a win, while Leon Draisaitl, Tyson Barrie, Duncan Keith (Edmonton Oilers) and Cal Foote (Tampa Bay Lightning) lost Game 1 of their respective series.

Kings defenceman, Edler got the upper-hand last night over Keith, Barrie and Draisaitl of the Edmonton Oilers. Meanwhile, Backlund and Dube will take on Jamie Benn and the Dallas Stars.

Foote and the Tampa Bay Lightning are down 1-0 in the series against the Toronto Maple Leafs, while Sissons and the Nashville Predators battle the Colorado Avalanche.