Blazers jump out to 4-0 first-period lead but can't hang on, losing 5-4 to Americans 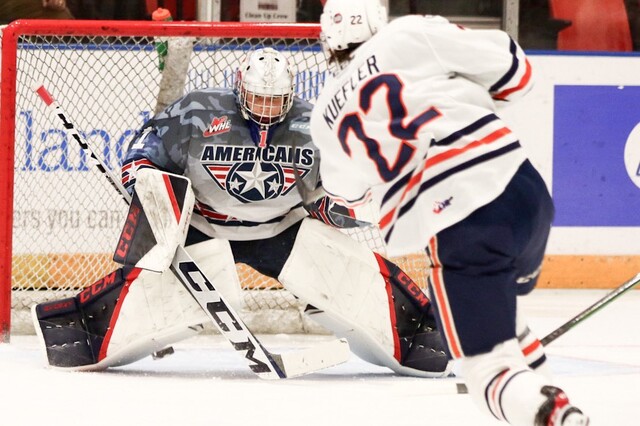 The Kamloops Blazers blew a 4-0 lead on Friday in Kennewick, Wash., surrendering five straight goals en route to a 5-4 loss to the Tri-City Americans.

Logan Stankoven scored twice for the Blazers, with singles from Quinn Schmiemann and newcomer Kobe Verbicky, who was acquired last weekend in a trade with the Edmonton Oil Kings.

Samuel Huo and Jake Sloan each scored twice for the Americans, with Parker Bell adding a lone goal.

Dylan Garand made 25 saves on 30 Tri-City shots in the loss. Tomas Suchanek stopped 32 of 36 Kamloops shots in net for the Americans.