After three postponements in the past week, the Kelowna Rockets will host Victoria twice this weekend

Rockets back on ice Friday 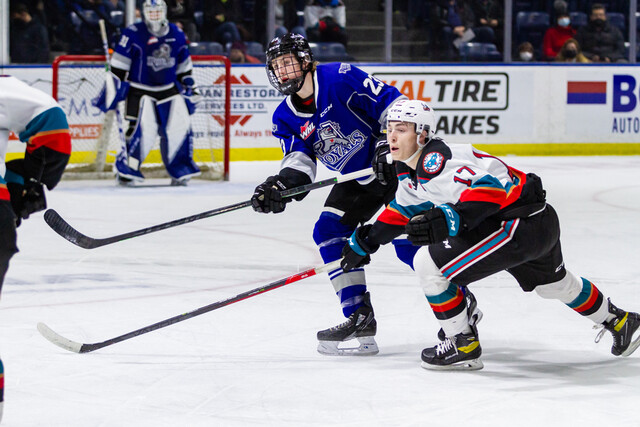 It looks as if the Kelowna Rockets will return to action this weekend.

After seeing three of their last four games postponed, including road games in Prince George Tuesday and Wednesday when opponents were placed on COVID-19 protocols, a pair of home dates with the Victoria Royals are going ahead.

The Royals officially came out of COVID-19 protocols Thursday after several players and staff members exhibited symptoms or tested positive for the virus.

According to the league's weekly report, nine players have returned from the COVID list.

Games Friday and Saturday at Prospera Place will be the first for the Royals since Jan. 1, a 5-2 defeat at the hands of these same Rockets.

The Rockets will be without forwards Mark Liwiski and Nolan Flamand for both games.

Flamand is out three to five weeks with a lower body injury, while Liwiski was slapped with a two-game suspension after receiving a fighting major and game misconduct received following the final whistle Saturday.

The 20-year-old has been involved in 11 straight Royals goals, scoring seven and assisting on the other four over a span of three games.

The Rockets are scheduled to play five straight on the road following this weekends games.

The Western Hockey League Thursday also announced the remain four BC Division teams have been removed from COVID-19 protocols.