Are you 'Kydd'-ing, Rockets trade 'Man of Steel' 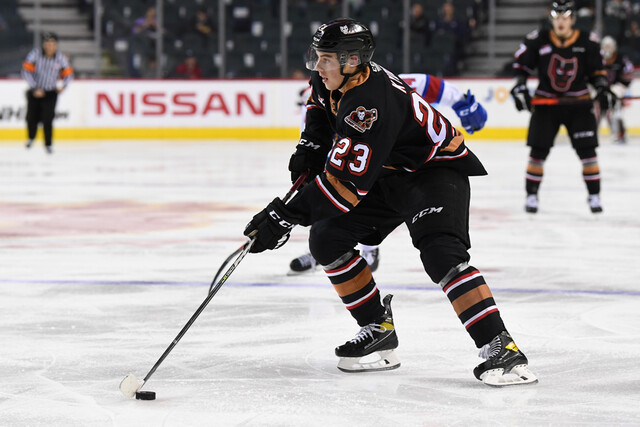 The Kelowna Rockets and Calgary Hitmen have completed a three person deal ahead of the Western Hockey League trade deadline.

The Rockets Wednesday announced they have sent 18-year-old forward Steel Quiring to the Hitmen in exchange for 19-year-old forward Adam Kydd and a conditional fifth round pick in the 2023 prospects draft.

in 30 games with the Hitmen this season, Kydd has amassed four goals, 19 points and 12 penalty minutes.

“We are excited to add Adam to our lineup,” said Rockets president and general manager Bruce Hamilton.

“He brings a veteran presence to our team. Our expectation is that he’ll step in and play in all situations.

“We wish Steel all the best in the future.”

Kydd should be in the lineup this weekend when the Rockets entertain Vancouver Friday and Portland Saturday.