Rockets hang on to win 4-3 over Blazers in Kamloops 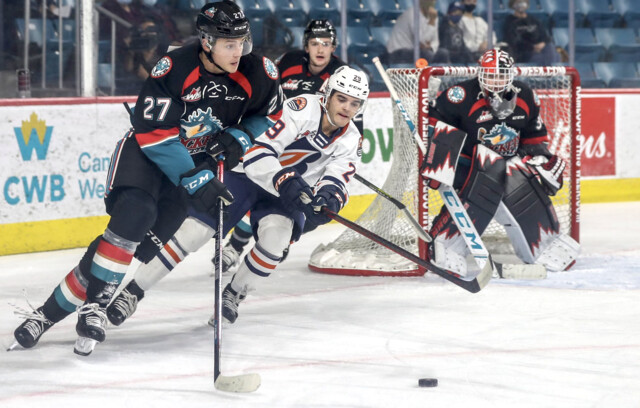 Turner McMillen scored the game-winner late in the third period at Sandman Centre on Saturday as the Kelowna Rockets handed the Kamloops Blazers their first home-ice loss of the season.

McMillen and Colton Dach each scored twice for the Rockets, while Matthew Seminoff, Connor Levis and Caedan Bankier were the goal scorers for the Blazers.

Blazers netminder Dylan Garand made 29 saves on 33 shots in the loss, his fourth of the season. Kelowna goalie Talyn Boyko stopped 33 of 36 Kamloops shots in the win.

Announced attendance was 4,456 for the first WHL game in Kamloops since Interior Health gathering limits were lifted earlier this week.

The Rockets are back in action on Tuesday in Kent, Wash., against the Seattle Thunderbirds. The Blazers will play next on Wednesday, when the Vancouver Giants visit Sandman Centre.