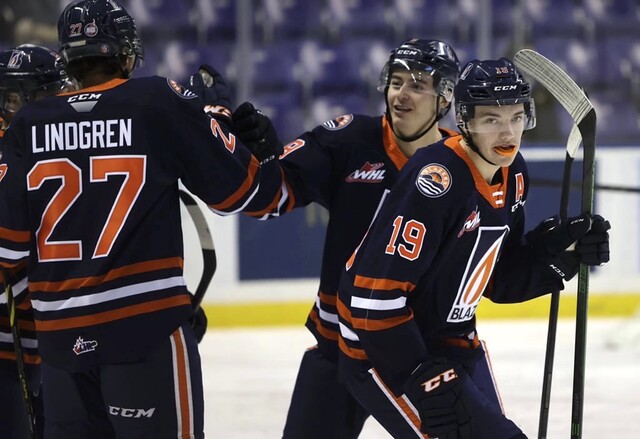 The red-hot Kamloops Blazers have moved up a spot in the national major-junior hockey rankings.

The Blazers, who sit atop the WHL’s B.C. Division standings at 6-1, occupy the fifth spot in this week’s CHL Top 10 — up one from last week.

The Blue and Orange played just once in the last seven days, a 7-4 win over the Vancouver Giants last Friday at Sandman Centre.

The QMJHL’s Quebec Remparts are ranked No. 1, followed by the Winnipeg Ice and the Edmonton Oil Kings. The Blazers are the third WHL team on the list.

The Blazers will play twice this weekend — at home against the Victoria Royals on Friday and in Prince George against the Cougars on Saturday.