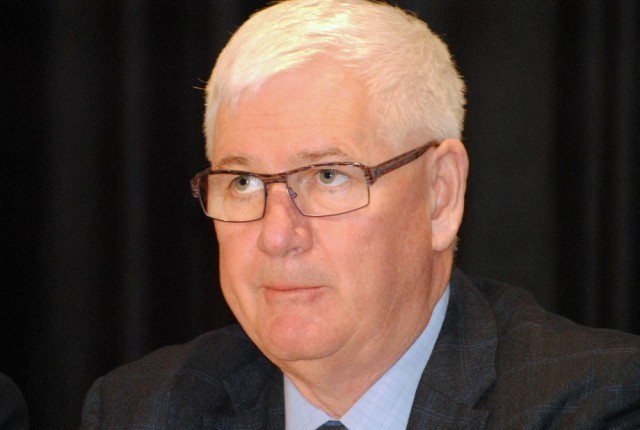 Kelowna Rockets president and GM Bruce Hamilton will be a very busy man in the coming days.

With just a week until the WHL's annual bantam draft, Hamilton has let it be known he has draft picks to trade, including a highly-coveted fifth overall selection, as the team looks to improve prior to hosting next year's Memorial Cup.

"We know we're going to be trading some picks. That's a given," said Hamilton.

The phone's been ringing, but so far Hamilton says nothing has blown him away.

"I've had teams contact. Everybody's fishing around, but you have to have some bait," he said.

"If someone's going to step up and make a deal, we're got to have to get something pretty good."

And, the asking price!

"I want at least one high-end guy for that pick, and probably more than one."

That could be a forward or defenceman, or preferably, one of each.

The Rockets could use help at both ends of the ice. They finished 19th in the 21-team league in scoring with just 169 goals.

And, while they had the 18th best goals against record with 209, the Rockets are left with only three regular defencemen after losing three to graduation.

Hamilton has stated previously he may use the European route to find another older defenceman.

But, while the Number 5 pick is in play, Hamilton says he's not afraid to keep it and make a pick.

"After seeing the kids last weekend at the BC Best Ever, if we don't get something that's substantial at Number 5, we're going to get a chance to get a really special player."

If something is going to get done, expect it to happen sooner, rather than later.

"If someone wants to deal with us, they're going to have to start dealing with us this weekend," said Hamilton.

"Once we hit the morning, we won't be making the trade if it hasn't happened by then.

"Strategically, teams would love to catch us on the morning of the draft and get us to make a decision that's in haste."

Hamilton said a plan is in place, and the plan is to follow it.

The bantam draft takes Thursday, May 1.