'Quiet quitting' in the not-for-profit sector

Not going the extra mile 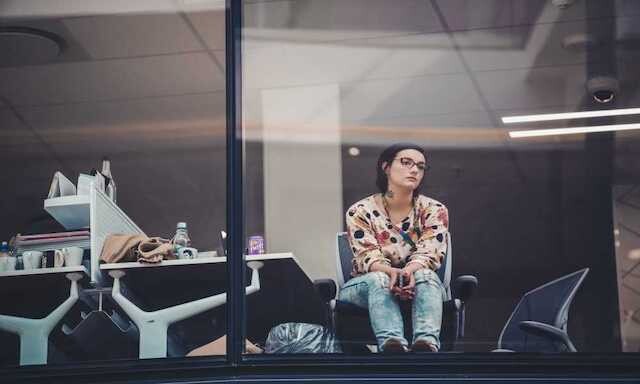 You have likely heard about the trend of “quiet quitting” that seems to be taking over the working world.

People are not doing more than what is specified in their job descriptions—no answering emails or texts outside of work hours, no extra projects, no working late. Basically, if they’re not specifically paid for it, they don’t do it.

“Work to rule” is another name for it, though that’s usually been used to describe a form of job action, often a prelude to a strike. Now it’s gone mainstream and is starting to affect not-for-profits.

In a sector where wages tend to be lower and the workload higher, quiet quitting can have a devastating effect on the running of an organization. Many not-for-profits struggle to pay enough to attract qualified people as it is. Having those people refuse to do anything more than the minimum can drag the entire program to a grinding halt. Imagine a leader of volunteers saying that they won’t supervise volunteers at a fundraising event because it’s outside work hours.

Please don’t misunderstand, I get why people are doing it. The cost of living continually increases and wages do not.

Many executives and managers use vague job descriptions to take advantage of workers.

The physical, emotional and mental health benefits of work/life balance are undisputed. The “hustle culture” of the last decade or so has burned people out with no benefit to themselves.

The not-for-profit world, though, is a bit different.

First of all, “overhead” is a dirty word in the sector. Money that goes to wages or benefits is often seen as money that could be going directly into the program. I used to believe that myself.

Watching Dan Pallota’s TED talk, “The way we think about charities is dead wrong” opened my eyes. (If you haven’t watched it, I highly recommend you do.) This means that most organizations are hesitant to say the least in increasing wages. They are certainly reluctant to hire two people to do a role where one person has done it in the past.

Instead, in an effort to combat quiet quitting, they stuff everything that they can think of into the job description, without increasing the salary.

The problem with that, of course, is fewer and fewer qualified people are willing to take on the role at all.

What can be done to combat quiet quitting in your not-for-profit?

You can start by treating staff in a similar way as you treat volunteers (assuming you do that well). Think about it. Volunteers give their time and skills to your cause for a number of reasons, none of which are financial. They help because they see a direct line between what they do and the benefit that goes to the clients or community.

Do the staff in your organization clearly see the difference that they’re making? Volunteers help because they feel appreciated by clients, board members and stakeholders. Are staff members shown that same depth of appreciation?

Sometimes people volunteer to gain new skills and contacts. What new skills training or opportunities can you offer to staff to help them grow? Whom can you introduce them to who can help them reach their goals?

Studies have shown that people rarely quit a job. They quit a manager or a boss. When a leader shows genuine interest and caring for a staff member, and provides opportunities for growth and self-improvement, the matter of wages takes on a much smaller degree of importance.

Granted, people must have a living wage or they simply can’t stay with you no matter how much they might want to. But once that living wage is met, it’s the quality of leadership that will keep an employee giving their best or, alternatively, push them into quiet quitting—or drive them away altogether.

Take a look at how your staff are treated, and the opportunities that they’re offered. How can you improve on their roles, without spending a lot of money, in a way that will increase their loyalty to you and your organization?

If you need help, give me a call.